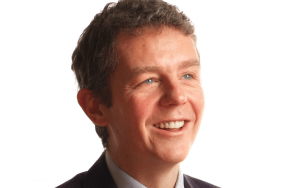 A senior Scottish investment manager has had a dig at other big investors for failing to attend annual general meetings of companies in which they hold stakes.

Euan Stirling, who manages stewardship at Aberdeen Standard Investments, says in a second quarter governance update that the company regards attendance at AGMs as important.

“This is particularly the case where we want to hold a board, or specific members of it, to account, as we did with Persimmon, where we were the only investor to attend the AGM,” he said.

Mr Stirling added: “We do try to maintain a constructive relationship with the companies in which we invest. However, in some situations, active engagement means spelling out why we believe a board, or some of its members, are acting inappropriately.

“My purpose in attending the Persimmon AGM was to express to the whole board our dissatisfaction with the company’s remuneration outcomes. It was also the culmination of a lengthy process of engagement with executive and non-executive directors of the group.

Mr Stirling said voting at AGMs is a key element of the company’s stewardship activities “and our votes underpin much of the engagement we conduct throughout the year.”

He said executive remuneration and gender diversity stand out as the key issues.

“In general executive remuneration is slowly moving to a better place but more progress is required. This topic continues to generate strong public opinion and political pressure with an emphasis on curbing excessive reward.

“It has long been a principle of corporate governance – enshrined in the UK Code on Corporate Governance – that remuneration committees must take into account pay and conditions outside of the boardroom when setting pay for directors.

“Unfortunately this is not always the case. In the lead up to AGM season, we were consulted on pay by around 100 companies and were able to support proposals in some 90% of cases. However, we did feel that some of these proposals involved companies telling us of decisions already made, as opposed to consulting us.

“We saw the bulk of UK-quoted companies report their gender pay gap data which – in most cases – produced a negative reaction and matching headlines.

“For 2018, diversity in its broadest sense, and gender diversity in particular, have been a focus of our engagements with companies. In 2019, it will likely become an area of focus for our voting policy unless the improvements we have discussed with companies are achieved.

“We believe that 2018 will be the last AGM season where institutional investors will accept explanations and statements of principle regarding gender diversity from company directors.”