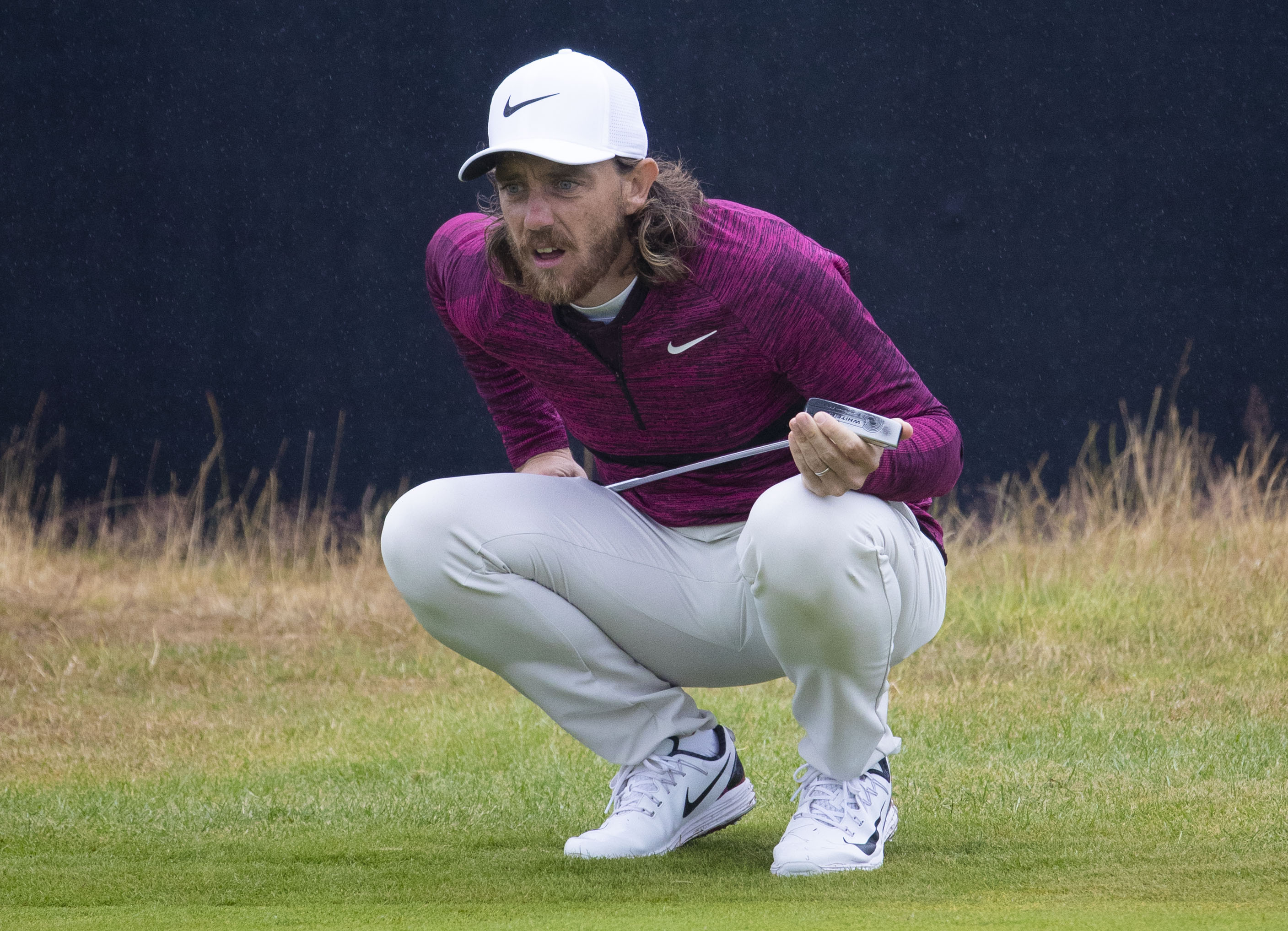 Tommy Fleetwood is sitting pretty going into the weekend at Carnoustie after carding a superb second round of 65 (pic: SNS Group)

The decision by Tommy Fleetwood to miss last week’s Aberdeen Standard Investments Scottish Open appears to be paying off, with the Englishman hot on the heels of the leaders going into the third round of the The Open at Carnoustie.

The European No. 1 disappointed many of his fans when opting for rest instead of competing at Gullane but showed he’s back in the mood with a superb six-under-par round of 65 to sit one behind American pacesetters Zach Johnson and Kevin Kisner on 137, -5, at the half-way stage.

The 27-year old clearly loves the Angus links, setting a course record 63 at last year’s Alfred Dunhill Links Championships, and he didn’t drop a single shot with three birdies on the front and back nine.

“I’m very pleased with that. I struggled tee to green in the first round but I spent some time on the range and just hit it a lot better,” he said.

“In tough conditions that’s a really good round of golf and it makes such a nice difference to birdie the last, too.

“We’re only halfway through the tournament unfortunately, 36 holes is a long way to go. I’ve put myself back into contention and if I can keep hitting it like I did then I’m going to have a lot of chances.

“If I could pick one tournament in my life to win it would be The Open.”

Johnson, winner of The Open in 2015, started the day with a bogey but after that played flawless golf, picking up three shots in four holes before the turn. Two birdies on the back nine, including a long-range putt at the last, moved him to six-under.

Elsewhere, Rory McIlroy’s second consecutive 69 moved him to four-under, a great position from which to build a base this weekend.

Scotland’s Sam Locke was the only amateur to make the weekend, the youngster following up his opening 72 with a 73 to sit on three-over-par 145.

It wasn’t such good news for some big names, world No. 1 Dustin Johnson and fellow-countryman Bubba Watson missing the cut after finishing on 148, +6 for the tournament.

Jon Rahm had looked capable of threatening the leaders but came unstuck with six dropped shots at 7,8 and 9, ending the day with a 78 to finish on +5.

Ian Poulter is another who won’t be around for the weekend after carding an 81 in his second round to finish +12.