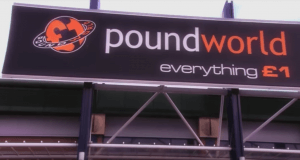 Poundworld will become the latest retailer to disappear from the high street after the closure of its remaining 190 stores.

The discounter went into administration in June and will stop trading by 10 August. It had 335 stores and 5,100 staff will lose their jobs.

Private equity group TPG Capital, Poundworld’s majority owner, put the discount retailer up for sale in May but was forced to appoint administrators at Deloitte who said they would continue discussions over the future of those shops still open, although a buyer seems unlikely to emerge.

Poundworld was launched in 1974 but has faced competition from rival chains Poundstretcher and Poundland.

It was hit by the fall in the value of the pound after the 2016 Brexit referendum, which has pushed up the price of imported goods.

Its closure came against better news from the high street. Sales for the second quarter were 2.1% higher than the first three months of the year, the biggest calendar-quarter increase since the first quarter of 2004, the Office for National Statistics said.