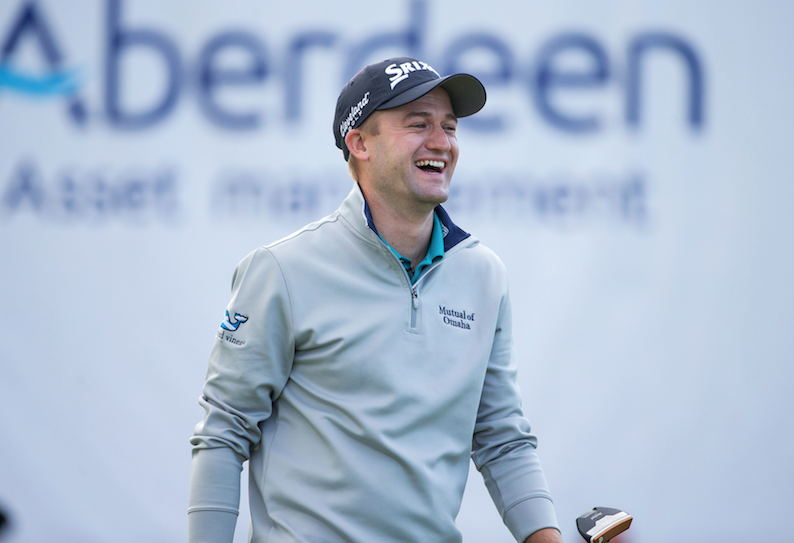 Scotland’s Russell Knox beat New Zealand’s Ryan Fox on the first hole of a play-off to win the Irish Open to secure the nation’s first win on the European Tour in three years.

That is the longest stretch without silverware since the circuit was officially formed in 1972.

World number 87 Knox, 33, won by holing a 40-foot birdie after knocking in an almost identical putt to card a six-under 66 and force the extra hole.

His win puts him back into the world’s top 50 and in contention for the Ryder Cup team. Two years ago, Knox was controversially overlooked for a wildcard by Darren Clarke.

Knox now heads to the Scottish Open, which tees off at Gullane at Thursday, and next week’s Open Championship at Carnoustie. “I have to qualify by right,” Knox said.

Ryder Cup star Ian Poulter is among the final names confirmed for the latest edition of the Hero Challenge, when the European Tour’s fast and fun night golf contest arrives at Edinburgh Castle on Tuesday.

The six players will battle it out in the unique contest on the castle esplanade in the centre of the city, just two days before they take to the links at Gullane Golf Club in East Lothian to compete in the Aberdeen Standard Investments Scottish Open from July 12-15.

Poulter said: “Now this is a different way to start tournament week. I loved taking part in the Hero Challenge in Dubai last year but this location is going to make it even more exciting.”

The Hero Challenge will take place from 7.30 pm to 8.30 pm on Tuesday and will be shown live across the European Tour’s platforms.