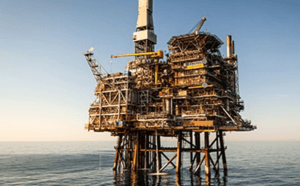 Private equity backed newcomers to the North Sea such as Chrysaor, Neptune Energy, Spirit and Ineos are expected to be among potential buyers of Chevron’s central North Sea assets.

Chevron is marketing its interests in Alba, Alder, Britannia, Captain, Elgin/Franklin, Erskine, and follows ConocoPhillips decision to reduce its equity in the Clair field, west of Shetland, from 16.5% to 7.5%.

The operations employ 610 staff and 220 contractors.

Chevron tis he second largest US oil producer after Exxon and was among the first oil companies to drill in the North Sea in 1964. It insisted a sale was not guaranteed and analysts noted that it has not included its stake in the Rosebank field. This is also in the west of Shetland where most activity is now focused. BP is buying the equity in Clair from ConocoPhillips.

The majors are being joined by new players in this part of the North Sea. It is relatively under-explored and has longevity, with several very large assets already producing, and new infrastructure in place to service any further discoveries.