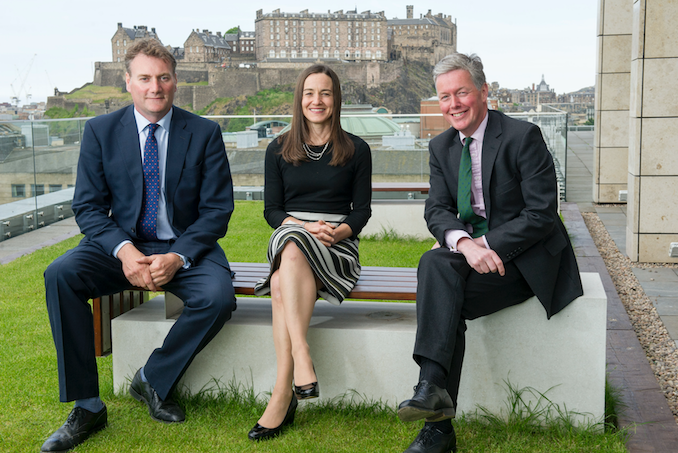 Brewin Dolphin, the wealth manager, has announced a shake-up of its top team in Edinburgh. Marc Wilkinson becomes head of the office, adding to his current duties as regional director for Scotland and the North of England.

Mr Wilkinson has hel the latter position since 2014 and has been with Brewin Dolphin since 1993.

Jonathan Tweedie, the outgoing head of Edinburgh, has been promoted to regional director and will assume responsibility for a number of Brewin Dolphin’s offices in England, ranging from Truro in the South West to Nottingham in the East Midlands.

The firm has also promoted Donald Brown from senior divisional director to head of private clients in Edinburgh. He joins the leadership team with Mr Wilkinson and Lynne Lamont – who became head of Brewin Dolphin’s Scottish charity and institutional service in 2009.

Mr Wilkinson said: “Jonathan has been integral to the success of our Edinburgh team during his time as head of office – I have no doubt he will excel in his new, expanded role overseeing our regional operations in England.

“Donald and Lynne have both played important roles in Edinburgh over the past few years, building their respective sides of the business and helping our clients achieve their financial goals.

“Wealth management continues to change at pace and it’s vital that we change with it.”