New £333m Aberdeen venue to be known as TECA 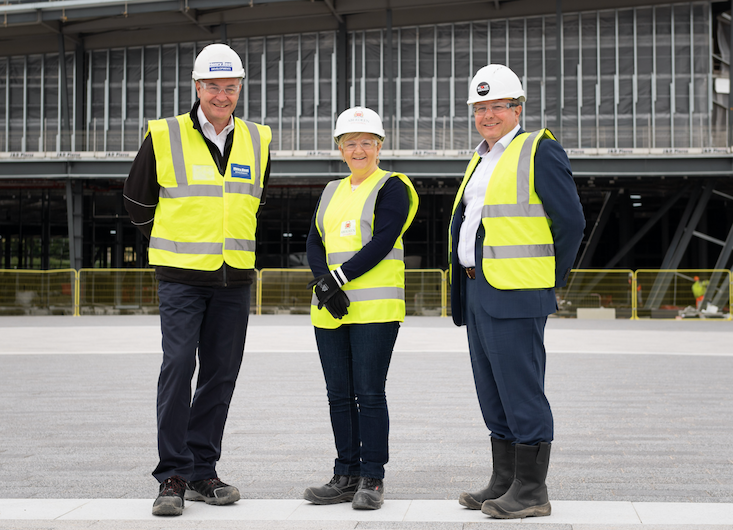 The name for Aberdeen’s new £333 million conference, exhibition and entertainment venue has been revealed.

The Event Complex Aberdeen has been selected – with the TECA name to be rolled-out worldwide as the new facility is marketed to a global audience.

The project is being delivered by Aberdeen City Council in partnership with Henry Boot Developments and includes a 12,500 capacity arena, 48.000 Sq metres of Exhibition space and Conferencing for up to 5,000, as well as two on site hotels with 350 bedrooms and a further 150 rooms to follow.

The venue will have its own energy centre, which will use local renewable resources and advanced technologies to produce an energy eco-system.

TECA will offer a far more flexible and technologically advanced space than the current Aberdeen Exhibition and Conference Centre site, enabling it to compete nationally and internationally for new events as well as broadening the appeal of the north-east to business and leisure visitors from across the globe.

TECA will be operated and managed by SMG Europe, which handles 240 venues worldwide including; Manchester Arena, First Direct Arena in Leeds, Bridgewater Hall, Bonus Arena in Hull and the Metro Radio Arena in Newcastle.

The complex is scheduled to open in 2019.

Cllr Jenny Laing, co-leader of Aberdeen City Council, said: “The Event Complex Aberdeen represents one of the most significant developments in the history of the city. It is fantastic to see the construction continuing at pace and the momentum building as the opening draws nearer.

“The launch of the TECA name is part of the marketing strategy for the venue and it dovetails with the aims of our Regional Economic Strategy, which has internationalisation at its heart.

While TECA will remain the name of the new venue, SMG has various sponsorship opportunities available including naming rights, which could lead to an evolution of the brand.

Daily Business Comment: The scale of this venture is impressive, providing much-needed work and a huge boost to confidence in an area badly hit by the oil downturn. With a bit of good fortune the venue’s opening next year may coincide with an uplift in the local economy if the current trajectory of the oil price continues.

The new name, the Event Complex Aberdeen is a bit of a mouthful. The abbreviation lacks any sense of place and the pronunciation is unclear… is it T.E.C.A (as in E.I.C.C?) or Tecker? or Teeker?

Most of operator SMG Europe’s venues are called arenas. What was wrong with calling it The Aberdeen Arena?

No doubt someone was paid a decent sum to come up with the name, but if it is to work it must be clear to all who refer to it. A big marketing campaign will try to sell TECA to the wider world, but already there is talk of a sponsor acquiring naming rights to the venue. Seems like there’s a need for some clearer thinking on this one.