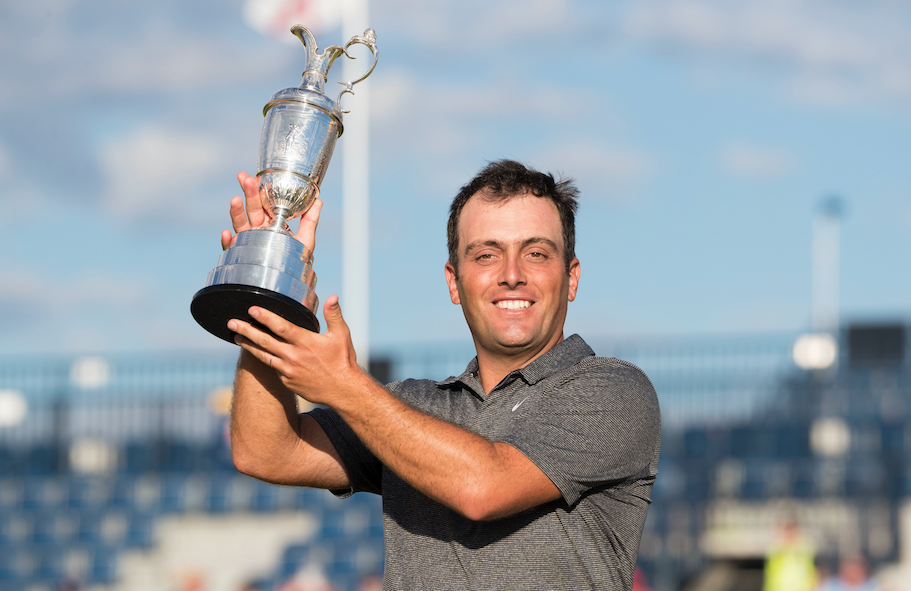 Francesco Molinari kept his cool at Carnoustie to card a closing round of two-under-par 69 to be crowned this year’s Open champion, the first Italian to win a major.

The 35-year-old’s blemish-free round saw him finish on 276, eight-under-par for the tournament and two shots clear of Xander Shauffele, Justin Rose, Rory McIlroy and Kevin Kisner.

Grouped with Tiger Woods, who surged to the top of the leaderboard after a superb front nine only to drop away after the turn, Molinari was a picture of consistency as he added two birdies to 16 solid pars.

The Italian picked up his first birdie on the 14th to put himself top of the leaderboard – which at one point was crowded with six players.

A nerveless 18th – a hole that has been the undoing of so many at Carnoustie over the years – harvested another birdie, his first there this week, and sealed victory.

In ten previous appearances at the world’s oldest major the Italian had missed four cuts and only once has he finished inside the top 10, back in 2013.

Shauffele, Kisner and McIlroy all had their chances on an afternoon of drama, but all came up just short.

“I feel disbelief. It is amazing to be here with the Claret Jug,” said Molinari after playing 36 holes of weekend golf, on one of the world’s most demanding courses, without dropping a shot.

“I knew I was coming in with good golf but my record here was terrible so I was not optimistic about the week. I did not want to think about it and just focus on hitting the shots.

“To look at the names on the Claret Jug, they are the best in history. For me, to come from Italy, it has been an incredible journey.

“If Ferrari win, they get the headlines but hopefully this is still massive news. To achieve something like this is on another level. Hopefully, there are a lot of kids watching on TV today and they get as inspired as I was.”

Stonehaven’s Sam Locke completed a dream week when he was presented with the Silver Medal for leading amateur, the only amateur to make the cut.

More than 20,000 spectators under the age of 25 attended the event, with Under-16s gaining free admission under The R&A’s long-standing Kids Go Free initiative.

Next year’s Open championship will be staged at Royal Portrush, the first time Northern Ireland has staged the tournament since 1951 when Max Faulkner won over the links at County Antrim.