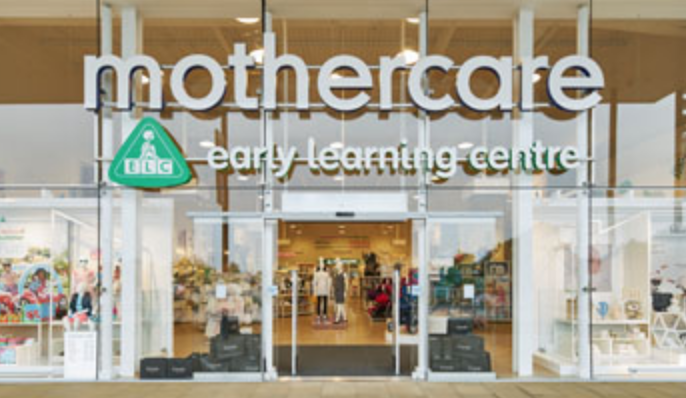 Mothercare is closing 60 of its 137 UK stores by next June, with 19 of its remaining outlets operating on reduced rent.

The struggling childrenswear company said the restructuring deal, which includes 10 more store closures than the original plan, was agreed through a company voluntary arrangement.

It also announced a fully underwritten equity issue to raise £32.5m from existing shareholders. It will be effected by way of a 1 for 1 placing and open offer at 19p per share which is expected to complete on 27 July.

In a trading update the company said current trading continues to follow the patterns seen in the second half of the last financial year, with challenging conditions in the UK and some stability visible in the company’s international operations.

The group’s efficiency and cost savings initiatives have now identified cost savings totalling £19m together with £10m cash realisation arising out of the closure and rent reduction plan.

Clive Whiley, Interim Executive Chairman, said: “When I joined the business just three months ago, Mothercare faced a bleak future with growing and pressing financial stresses upon the business.

“We have worked tirelessly as a team to get to where we are today and this fully underwritten equity issue marks the end of this initial phase, returning the group to financial stability.”

Mark Newton-Jones, chief executive, said: “After a very challenging period for our business, we have now finalised arrangements to restructure and refinance the group, ensuring that the transformation of the Mothercare brand we started four years ago can now be completed.

“Mothercare is a great British brand with over 50 years of heritage and we now have the financing in place to take it forward for many more years to come.

“We have seen an unprecedented period for UK retail and we have not been alone in facing a number of strong headwinds.

“I’m pleased to say however, that we are now in a position to re-focus on our customers and improve the Mothercare brand both in the UK and across the globe. We have exciting plans ahead to revitalise the brand through enhancing our product ranges, improving our design and value, developing our digital and multi-channel proposition and investing in our people. Our goal remains clear, to be the leading global specialist for parents and young children.”

Marks & Spencer has decided not to issue a trading update ahead of t its annual general meeting tomorrow.

It will be the first AGM under the retailer’s new chairman, Archie Norman, who said he wants to take a more long-term view of the business.

While it is normal practice to issue a statement ahead of a shareholder meeting there is no requirement to do so.”

But Richard Hyman, an independent retail analyst, said: “If they had good news, they would probably want to share it.”

The AGM is being held at Wembley Stadium at 11am on Tuesday.