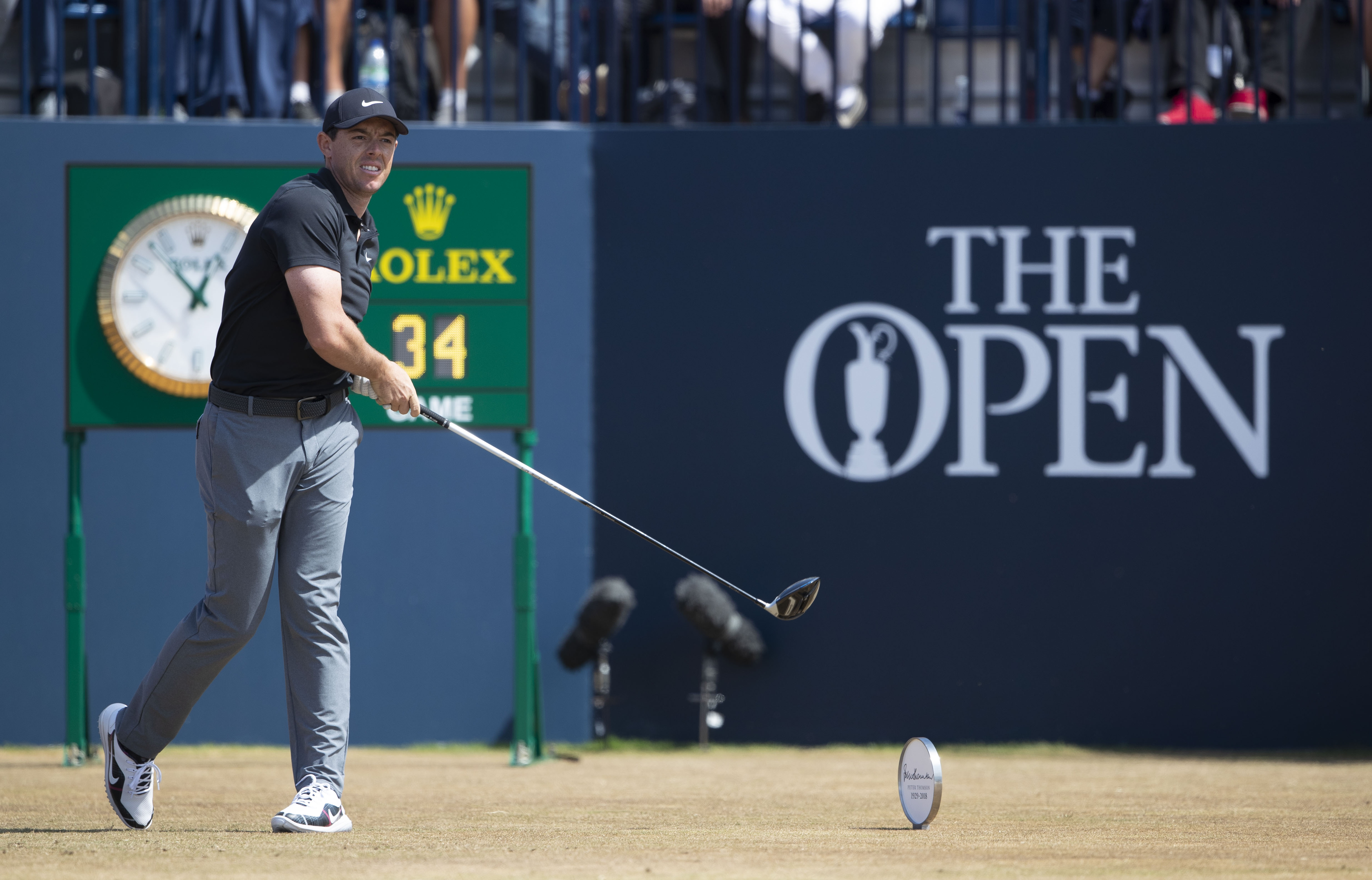 Rory McIlroy wasn’t afraid to use his driver at Carnoustie despite the dry conditions (pic: SNS Group)

Rory McIlroy is hoping his attacking game plan continues to pay dividends as he bids to land his second Open title at Carnoustie.

With the scorched fairways allowing plenty of run, many competitors opted to plot their way round the Angus links with a conservative approach on the opening day.

However, there was no such caution from the 2014 champion at Hoylake, who wasn’t afraid to blaze away with his driver at every opportunity en route to a two-under-par 69, three shots off the pace set by American Kevin Kisner.

“Even if you play aggressive around here, you might make more bogeys than playing it safe, but you’re going to make more birdies as well,” said McIlroy.

“I got away with some tee shots, but at the same time, I think that’s what I have to do. That’s my game plan this week.

“I’m convinced that that’s the way that I should play it. It’s not going to be for everyone, but it worked out pretty well for me and I would have taken 69 to start the day.”

Kisner made the most of the favourable conditions for the morning starters with a five-under-par round of 66 to lead by one from South Africa’s Erik van Rooyen and Zander Lombard and American Tony Finau.

The surprise first-round leader is staying in a house with fellow-Americans Jordan Spieth, Jason Dufner, Zach Johnson, Jimmy Walker and Justin Thomas for The Open – and got close to the Claret Jug when Spieth won it a year ago.

Now, he believes he has a chance to put the boot on the other foot.

“I spent a lot of time with Jordan and the Claret Jug,” he said. “I flew home with him after he won. And then over to Paris with him. And I’m staying with him this week and he no longer has it.

“He gave it back on Monday. It would be cool to return the favour and let him look at it a little bit.”

Rickie Fowler carded a one-under 70, one shot better Tiger Woods, who was going well after being among the later starters only to falter on the inward nine.