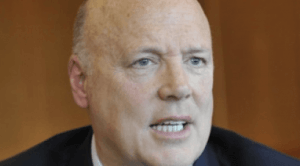 The buyer is Ohio-based global bearings business The Timken Company which is listed on the New York Stock Exchange and operates in 33 countries.

Clyde Blowers bought Michigan-based Cone Drive  in 2012 and since then has repositioned it from an industrial gearing business operating largely out of North America to a globally integrated business with operations on three continents.

A key milestone in the growth of the business was the acquisition of H-Fang, based in Jiangyin, China in 2014 which considerably broadened its geographic footprint and gave it access to to the fast-growing Chinese solar and robotics markets.

Dougie Hawkins, a partner with Clyde Blowers Capital, said: “The sale of Cone Drive to Timken represents the next chapter in the rapid development of the business and we would like to wish the teams at Cone Drive and Timken the very best of success for the future.

“Over the past six years it’s been a pleasure working with Kurt Gamelin and the team at Cone Drive and we’re extremely proud of the progress the business has made under our stewardship.

“We look forward to seeing Cone Drive continue to innovate and develop over the coming years.”