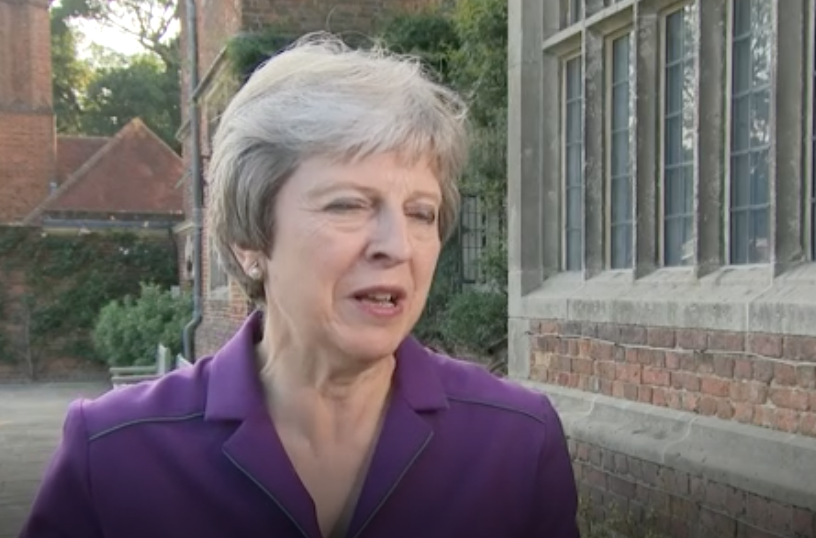 Theresa May outside Chequers: ‘Now we must all move at pace’

Prime Minister Theresa May has proclaimed a “business friendly” agreement among Cabinet ministers for her plans to leave the European Union.

The meeting at her Chequers country residence ended with Mrs May claiming to have persuaded the most determined Brexit campaigners in the cabinet to support her proposal for what she called “a UK-EU free trade area”.

A document issued after the 12-hour talks said there would be a “common rule book” on industrial goods and agricultural products – but not for services.

Sterling hit a two-week high against the U.S. dollar after the “deal” was announced.

But anti-Brexiteers will want to know why there is no mention in the document of either the single market or the customs union – the two single most important issues for many in business.

Speaking after the marathon talks with her 26 ministers, Mrs May said: “We have also agreed a new business friendly customs model with freedom to strike trade deals around the world.”

The agreement commits Britain to ending the free movement of people, the supremacy of the European court and payments to the bloc.

They also agreed that parliament would have the power to decide whether to follow EU rules and regulations in the future, and the government would step up preparations for the eventuality of a ‘no deal’ exit.

Downing Street said it now wanted to accelerate the negotiations in an effort to secure an agreement by October.

However, the agreed proposal still has to get past EU negotiators and there is no guarantee it will be acceptable. The EU’s chief Brexit negotiator Michel Barnier welcomed the agreement but said on Twitter: “We will assess proposals to see if they are workable and realistic.”

In the meantime, Mrs May will regard the new sense of Cabinet solidarity – however fragile – as a victory in the withering campaign against her.

“Today in detailed discussions the cabinet has agreed our collective position for the future of our negotiations with the EU,” Mrs May said in a statement. “Now we must all move at pace to negotiate our proposal with the EU to deliver the prosperous and secure future all our people deserve.”

Carolyn Fairbairn, CBI Director-General, said: “Business will welcome the fact the Government has reached agreement. This is a genuine confidence boost and the Prime Minister deserves credit for delivering a unified approach.

“Initial signs suggest the proposal is based on the evidence firms have provided on the impact on jobs and living standards. That is good news – particularly the free trade area for goods, which the CBI and its members have long called for.

“The hard work starts now, and time is a challenge. It has taken two years for the UK to agree its position; we now have two months to agree it with Europe. But it’s a good starting point.

“As negotiations begin in earnest, business insight has never been more important.  Detail matters – from customs arrangements to the need for the Government to keep fighting for our world leading services.

“Europe’s leaders must approach this proposal with an open mind and flexibility, putting jobs and economic growth at the heart of a future deal that delivers for both sides.”

Dr Adam Marshall, Director General of the British Chambers of Commerce, said: “For Brexit-weary businesses seeking clarity, this agreement brings hope of an end to months of disappointing Westminster in-fighting.

“We welcome the Cabinet’s collective decision to prioritise trade and economic stability under the Prime Minister’s leadership. For business, there is strength in unity as the UK seeks to develop a new relationship with the EU.

“As Chambers of Commerce have repeatedly argued, the priority must be to deliver clear and unequivocal answers to the practical, real-world questions businesses face. That remains the key test for the intense and complex negotiations that lie ahead.”

Reaction from some Brexiteers was less than welcoming. John Longworth, a chairman of campaign group Leave Means Leave, accused the Prime Minister May of deceiving Brexit campaigners. “May’s Brexit means BRINO – ‘Brexit In Name Only’ – a fake Brexit,” he said.

The Times said that Mrs May was hardening her own position and in attempt to impose her authority had promised to sack Foreign Secretary Boris Johnson, a Brexit supporter, if he tried “to undermine the peace deal”.

The statement says the plans, along with details to be set out in next week’s planned white paper, represent “a precise and responsible approach to the final stage of the negotiations”, giving frictionless trade in goods along with regulatory flexibility for services.”

The plan would still give the UK an independent trade policy, with the ability to set its own non-EU tariffs and to reach separate trade deals. It also promises to end the role of the ECJ in UK affairs.

Such a deal would end the automatic free movement of people into the UK from the EU but include a “mobility framework” allowing easy movement for work or study.

Key points from the Chequers agreement:

Update 7 July: Scottish Conservative leader Ruth Davidson said: “The proposals agreed at Chequers are welcome and provide clarity as the UK government moves to the next round of negotiations with the EU.

“For Scotland, they deliver in three key areas – providing Scottish business with frictionless access to the EU market; withdrawing the Scottish fishing industry from the hated Common Fisheries Policy and, by ensuring no border in the Irish sea, bolstering Scotland’s biggest and most important market, the UK internal market. 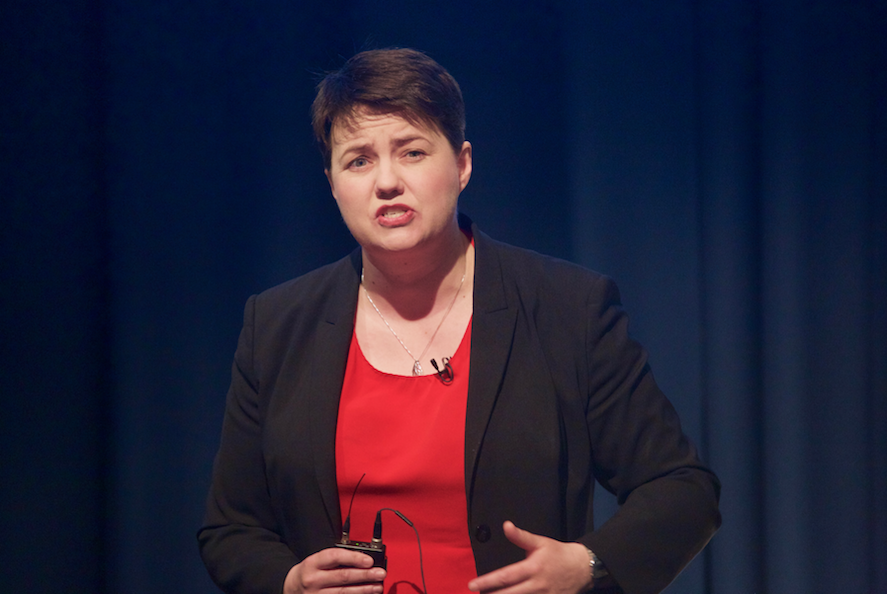 “There are further commitments to upholding shared high standards in goods, agriculture and the environment, which are to be welcomed.

“I campaigned to stay in the EU, but accept the majority of voters in the EU referendum chose to leave. As such, it is incumbent upon the UK government to negotiate a Brexit that is the most pragmatic for business, skills, regulation and trade, and one which brings the nations of the UK closer together.

“From the outset, the SNP has used the Brexit referendum as a pretext for pulling our country apart.

“Just hours after the vote – and before any meaningful dialogue whatsoever – Nicola Sturgeon was using the result to call for another independence referendum. The SNP’s sole objective throughout the Brexit process has been to weaponise the result in aid of separation.

“This has to stop. Even former SNP chiefs, such as Jim Sillars, have called on Nicola Sturgeon to end the cheap politics and petty point scoring. He’s right.

“Now is the time to put differences aside. The UK is leaving the EU. On the table is a pragmatic set of proposals that go a long way to addressing the concerns of those worried about the economic impacts of a ‘hard’ Brexit.

“An admission from the SNP that such fears have been largely addressed would help reassure Scotland’s business, agri-foods and fishing communities.”