Eddie Mair: ‘an appropriate moment to step out’ (pic: BBC)

Eddie Mair, the presenter of BBC Radio 4’s PM programme, is leaving his £300,000 a year job amid reports that he refused to take a pay cut.

The 52-year-old Scot , has been the lead presenter on the early evening news programme for 20 years and he is said to be joining talk radio rivals LBC..

Other top BBC presenters such as Jeremy Vine, John Humphrys and Huw Edwards agreed to a salary cut in the wake of revelations over the difference in pay between men and women at the corporation.

News of Mair’s departure came as Vine said he was leaving Radio 4’s Points of View after ten years.

Mair, who was born in Dundee and cut his teeth on Radio Tay, is no stranger to controversy, once telling Boris Johnson, the foreign secretary, during an interview: “you’re a nasty piece of work, aren’t you”.

He also drew praise for a series of emotional interviews with media commentator Steve Hewlett who was dying of cancer.

In a statement on Sunday, he made light of his departure, saying: “I thought this was the appropriate moment to step out and give someone else a chance, before I’m so old my sentences make no lasagne. I’m going to miss the PM team, and Tony Hall’s aftershave.

“I realise the BBC will close down without me and there will be a run on the pound but I can’t stay in an organisation that refused to let me host Songs of Praise. I bought a jacket and everything.”

His early career was spent north of the border. In 1987 he began work as a sub-editor for Radio Scottland and moved on to present Good Morning Scotland and Reporting Scotland before hosting Eddie Mair Live in the evening drive-time slot. 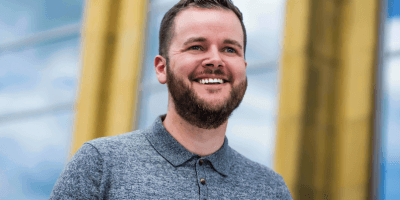 Allan Barr: promoting from within Public relations firm Big Partnership has beefed up its seniorRead More