As Jutanugarn wins at Gullane... 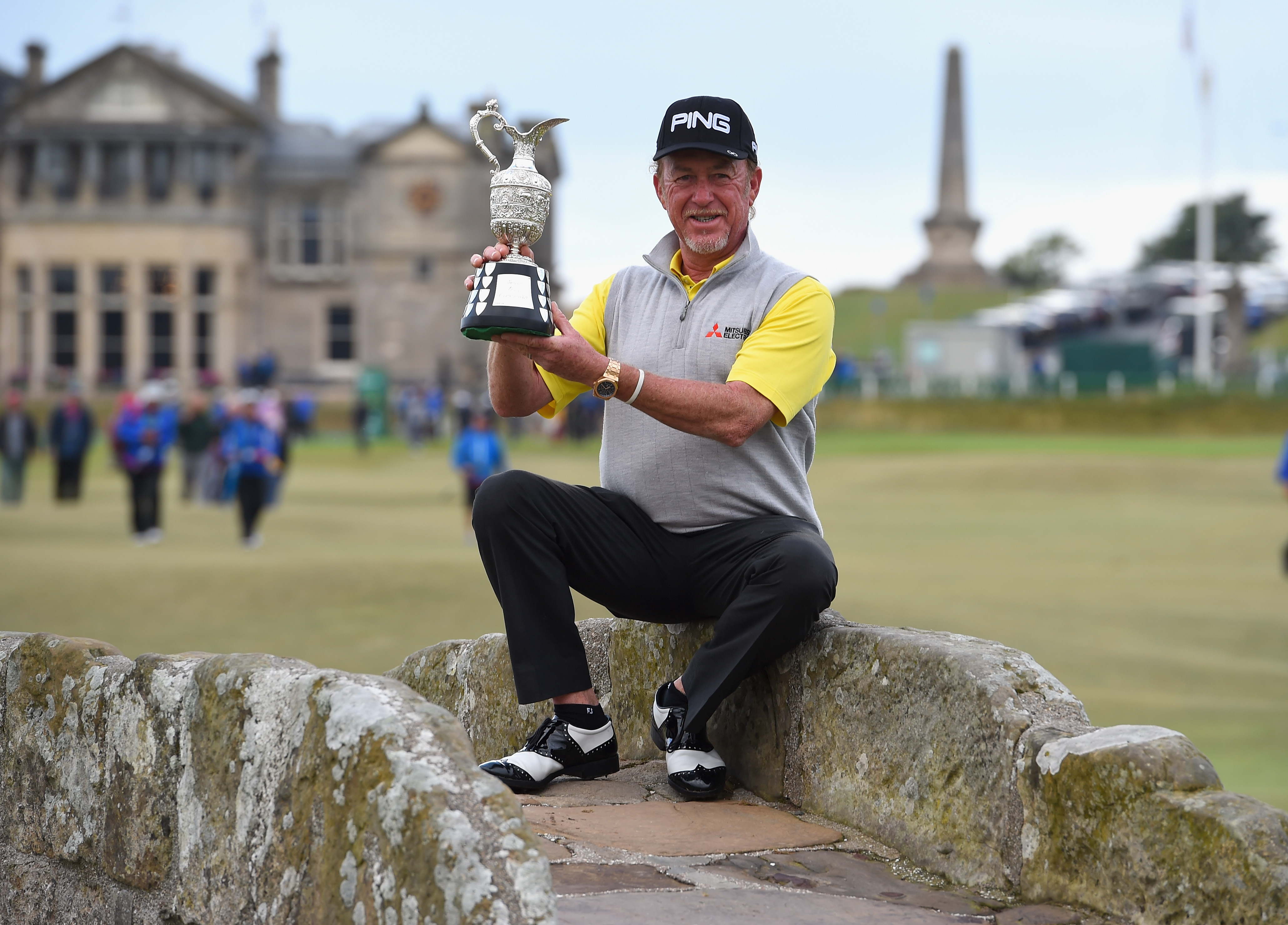 Miguel Angel Jiménez summoned up the spirit of the late Seve Ballesteros by following in the footsteps of his fellow-Spaniard in capturing a major championship at St Andrews.

Thirty-four years after Ballesteros won The Open over the iconic Old Course, Jiménez was inspired by the memory of his close friend as he joined the pantheon of greats who have triumphed at St Andrews in winning The Senior Open Presented by Rolex.

Jiménez closed with a final round of 69 for a 12-under-par total of 276 to claim his second senior major championship of the year, and his first Senior Open, by a single shot from the 2017 champion Bernhard Langer.

“This is one of my biggest victories,” said Jiménez.

“This is my second major of the year and it’s amazing to be the winner of the Senior Open here at St Andrews, the Home of Golf.

“There are no words to describe the feeling of holding the trophy on the 18th green. To have that trophy in my hand in front of the crowd and my friends, and my family is amazing.”

Langer, bidding to win a record fourth title, fired a final round of 68 but his title defence ultimately came up short as Jiménez made the same walk up the historic 18th fairway as Ballesteros did in 1984.

On that occasion, Seve sealed the deal with a birdie at the last, while Jiménez secured his crown by nervelessly sinking a 12-footer for par at the Road Hole to maintain a slender lead.

“That putt on 17 was very important to stay one shot in the lead,” added Jiménez.

Americans Scott McCarron and Kirk Triplett shot 68 and 69 respectively to claim a share of third place alongside Canadian Stephen Ames (69).

Jiménez enjoyed the familiar photo opportunity on the famous Swilcan Bridge on the 18th and admitted: “It’s a place where so many people want to win and where Seve played so well in The Open. Now my name is part of history.”

Tom Watson’s dream of an emotional victory at the Old Course evaporated with a five-over-par final round of 77 to finish on one-under-par.

Thailand’s Ariya Jutanugarn captured her third victory of the season at the Aberdeen Standard Investments Ladies Scottish Open at Gullane.

A 5-under-par 66 in her final round saw her finish one-stroke ahead of Minjee Lee from Australia on 13-under-par 271.

“It means a lot to me to win the tournament,” Jutanugarn said.

“I told the caddie this week, you know, what I really want to win on a links course, even one time in my life will be good, so right now my dream come true.”

The victory will see the Thai star overtake Inbee Park at No. 1 in the Rolex Rankings ahead of the Ricoh Women’s British Open which tees off on Thursday at Royal Lytham & St Annes.

Only two Scots made the cut in East Lothian, Inverness’ Kelsey MacDonald carding a closing three-over 74 to finish the tournament on +3, while Kylie Henry from Glasgow shot a 75 to finish two shots worse off at +5.