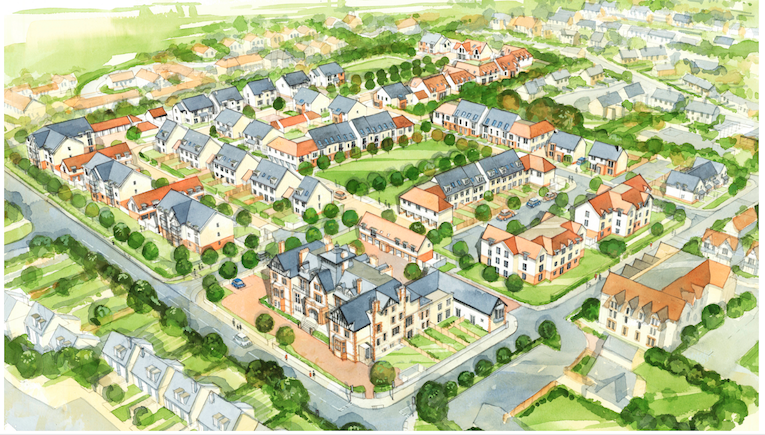 Building homes on greenfield land will be required to meet demand for homes in south east Scotland, says a report for the Scottish government.

An independent Reporter has found that 94,416 homes need to be built across the area by 2030 – an increase of more than 30,000 on what was originally proposed.

To meet this target, trade body Homes for Scotland says the Reporter’s findings will mean more land “not limited to previously developed / brownfield land” will need to be allocated for homes.

Planning authorities have been told they “must recognise and address the shortfalls in supply that commonly arise as plans age. If too few homes are built in the first few years – more will need to be built in the rest of the plan period.”

Scotland’s home building industry today applauded the recommendations, saying they will ensure the next strategic development plan for the area not only meets housing need and demand in the region but also supports wider economic growth.

Housing targets have been a contentious issue during the four years it has taken to prepare a strategic development plan. Homes for Scotland argued the plan must rise to the challenge of tackling what it sees as “a significant shortfall of homes in Edinburgh, the Lothians and southern Fife” and says the report supports those efforts.

Homes for Scotland director of planning Tammy Swift-Adams said: “Rising to the challenge of housing need and demand is the only way that Scotland’s housing crisis can be eased, so I am delighted with the support for home building provided by the Reporter today.

She added: “If a plan doesn’t make full provision for the number of homes we know are needed, it is much harder for would-be developers to get new sites allocated and consented.

“In this case – had the draft plan been supported – some 30,500 homes (almost a third of the homes that are genuinely needed) would simply have dropped off the radar.

“The Reporter has recognised the relevance and reliability of the information and insight provided by Homes for Scotland and our members. This shows the importance of moving away from what has too often been a confrontational style of plan-making towards a new era of collaboration.

“The Planning (Scotland) Bill currently going through Parliament is a chance to embed that positive spirit – but it is up to all of us involved in planning and development to make it work.

“We hope this hugely significant outcome will encourage all planning authorities to make good use of the wealth of information provided by Homes for Scotland and other stakeholders, at an early stage of the plan-making process.”