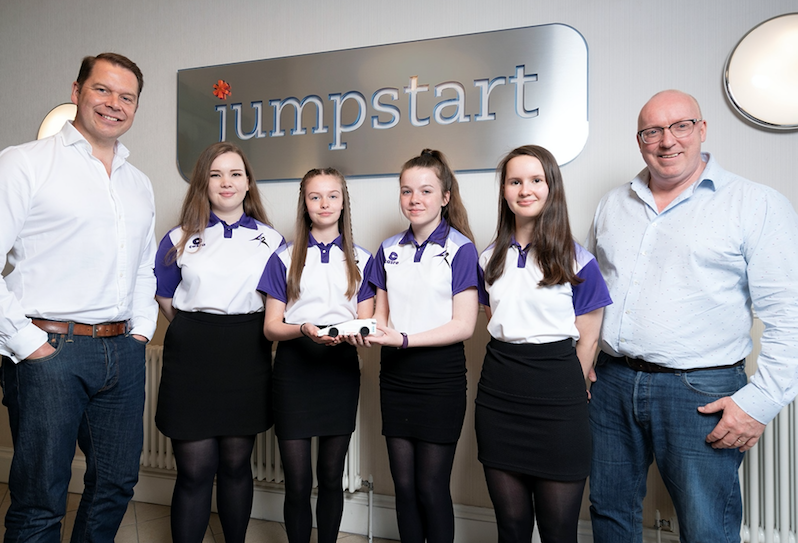 A team of Scottish schoolgirls will represent the UK at an international event based on Formula 1 racing to encourage girls into STEM (science, technology, engineering and maths) skills.

The five girls from Linlithgow Academy are among 20 million pupils competing at the F1 in Schools World Finals in Singapore in September.

They designed a CO2-powered model F1 car using 3D CAD software which they raced down a track at speeds of 40mph.

After progressing through the Scottish stages, the team competed at the UK finals at Silverstone in March where they won the Development Class and picked up the award for the fastest car, securing their place in Singapore. The girls also created a verbal presentation, pit display and a business plan to support their progress through the competition.

They have now received £1,000 backing from Jumpstart, the Edinburgh-based firm of tax specialists.

Jumpstart managing director Scott Henderson said: “As a business that is focused on helping others leverage innovation, we are delighted to support the Linlithgow Academy F1 in Schools team.

“Not only are they flying the flag for Scotland in the world finals, they are also serving as ambassadors by promoting the abilities of young women in STEM-related pursuits.

“We wish them the very best of luck when they travel to Singapore in September and hope they will secure a famous victory for the UK.”