Gerrard demands the right attitude to finish off tie 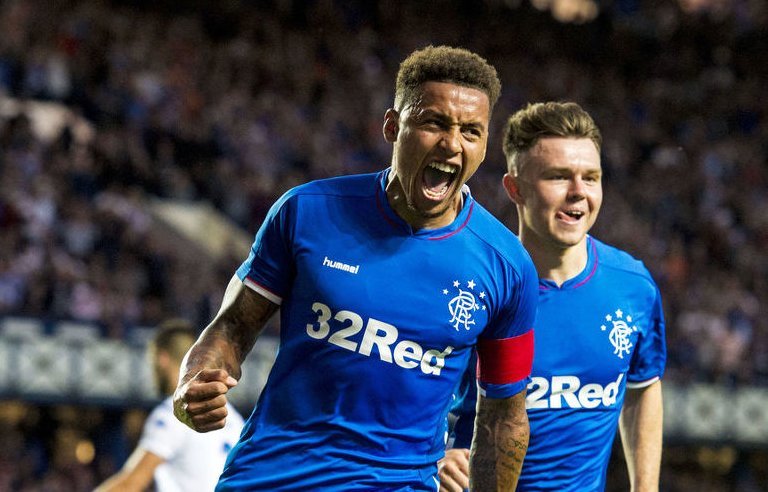 It wasn’t the convincing victory Steven Gerrard was hoping for in his first competitive game in charge of Rangers but the Light Blues will be confident of finishing the job off in Macedonia.

The home side created plenty of opportunities after Jamie Murphy’s first-half opener but had to rely on a soft last-minute penalty converted by captain James Tavernier to give them the cushion of a two-goal advantage for the return on Tuesday.

While Gerrard will warn against complacency in Skopje, the first-leg win should see the Glasgow side believing they can exorcise the ghost of Progres Niederkorn after the Luxembourg minnows’ shock victory at the same stage of the competition last season.

The new Gers boss has been busy in the transfer market since taking the reins at Ibrox and fielded six of his summer signings in his starting line-up.

While they started the brighter, Rangers had the woodwork to thank for keeping the scores level, Blagoja Ljamcevski’s curling shot coming back off the bar with Allan McGregor beaten.

Any anxiety the home side may have been feeling was eased on 23 minutes when Murphy fired home after good work by Tavernier.

Morelos, Arfield and Goldson all had chances to extend the lead before the break as Rangers took a firm grip on proceedings.

With only one goal it, the Macedonians were never out of it and indeed came close through Amir Bilali and then Blazhe Illjoski.

Rangers failed to repeat their dominance of the opening 45 minutes but eventually got the second goal they craved when Murphy was deemed to have been fouled in the box, man-of-match Tavernier stepping up to net what could to be a vital second from the spot.

“We’ve still got work to do,” reflected Gerrard.

“We certainly deserved the second goal. The game could have been 3-0, 4-0, 5-0 if we had been a bit more clinical or got a little bit more luck in the final third.

“We were satisfied with the win and the clean sheet. It’s our first competitive game. The tie is not over, there is still work to do. The players know that so it’s all about attitude and mentality now going into the second leg.”

Meanwhile, Hibs also returned to competitive action at Easter Road after the summer break and produced an impressive performance in thrashing NSI Runavik from the Faroes 6-1 in their first qualifying round, first leg tie.

Neil Lennon’s side showed little signs of rust as they powered to a commanding victory, Florian Kamberi helping himself to a hat-trick to become the first Hibee to net three goals in Europe since Alan Gordon against Hajduk Split in 1973.

Olly Shaw and Stevie Mallan (2) were also on the scoresheet against their visitors who played over an hour with 10 men as the hosts all but booked their place in the second qualifying round where Greeks Asteras Tripolis lie in wait.

The big talking point in Leith, however, was the omission of John McGinn from the squad.

The Scotland midfielder, who has a year left on his contract, has been the subject of two failed transfer bids by Celtic and watched the match from the main stand.

Lennon insisted his absence was due to injury, however, that will not stop speculation rising that the 23-year-old’s days in Leith are numbered and that a switch along the M8 is imminent.