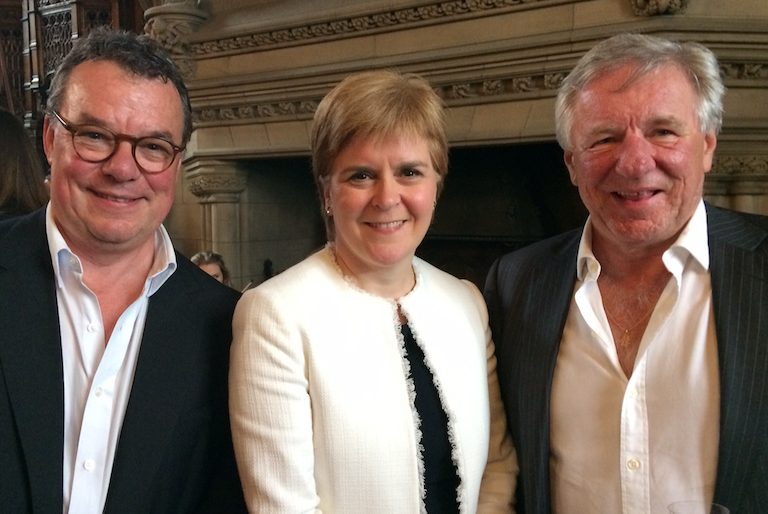 First Minister Nicola Sturgeon told a conference on gender balance that the issue is a priority for her government.

She told almost 200 delegates at the event in Edinburgh that practical measures were being put in place to support the campaign.

“Achieving gender equality is a priority for the Scottish Government and we are taking action at different levels across our economy and society,” she said.

“Last year, we legislated to ensure there is gender balance on public sector boards and through the 50/50 by 2020 campaign, we’re encouraging businesses to do the same on their boards. And we are tackling the practical barriers that prevent women from participating in our economy – for example, by almost doubling free childcare entitlement.

“The importance of doing that has been particularly in focus this year as we celebrate the centenary of the first women winning the right to vote. In the century since then, we’ve made progress in achieving greater gender equality, but it’s clear that, as a society, we have far more to do.

“I welcome this opportunity to discuss what more we can all do to play our part in building a truly equal society.”

Another speaker, Judy Murray, former captain of the British Fed Cup team and mother of tennis champions Andy and Jamie, added: “My hope is that today’s young people can look forward to a future where gender balance is no longer an issue – to get there we need coaches, mentors and leaders to make that change happen. That’s what we’re here to do today.”

Ms Davidson was interviewed by a young cadet, a journalist and a member of the Scottish Youth Parliament.

“We’ve put a plan in place but we know there is still more we can do. That’s why it’s important to be here today to learn from leaders across different sectors, and discuss how we can push forward together.”

Delegates attending the summit later attended a reception in the Great Hall of the Castle hosted by Ms Sturgeon.

She praised Aberdeen Standard Investments for their continued support for the Gender Summit.

The comedian and actor Elaine C Smith provided the entertainment.

Among the guests at the reception were Graeme Jones, CEO of Scottish Financial Enterprise, Clare Carswell of EY’s communications team, the financial services veteran Gordon Neilly, and Gurjit Singh Lalli of TedX Glasgow.