Latest eating out venue in trouble 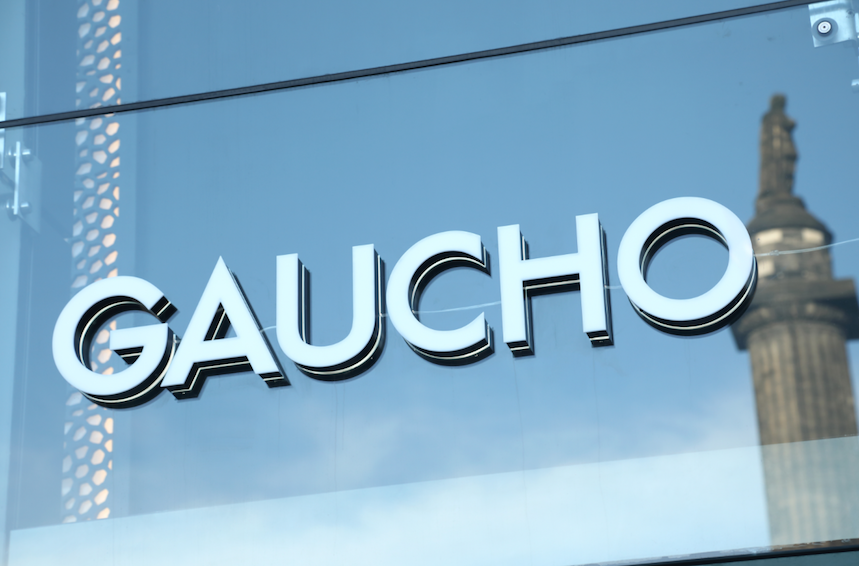 Steak chain Gaucho is appointing administrators after failing to secure further backing for the business.

It is expected to appoint Deloitte to look after its affairs after weeks of talks about a sale to new investors.  The group,owned by private equity firm Equistone, is understood to be facing a tax demand from HMRC of more than £1 million, and was given until 13 July to pay.

Restaurant entrepreneur Hugh Osmond was among those who examined a potential deal, according to Sky News.

The administration plan should leave the 16 Gaucho outlets as a “viable business” although there are questions over the future of 1,500 jobs. Loss-making CAU, a sister chain which has 22 restaurants, including  Edinburgh and Glasgow, is likely to close.

A company spokesman said: “Despite an extensive options process which attracted proposals from a number of parties, it is with regret that due to the complexities of the group’s legal structure, ongoing underperformance at CAU and the level of indebtedness, the directors have been unable to find an agreed, solvent solution.

“Consequently, the directors have today filed in court a notice of intention to appoint an administrator for the business. Until such time as the administrator has been appointed and agreed plans with management, it is business as usual.”

Gaucho is the latest restaurant chain to go into administration in a tough period for High Street retailers.

The Argentinian restaurant chain opened a flagship restaurant and bar in St Andrew Square, Edinburgh last November. It opened its first UK outlet in London’s Piccadilly in 1994 and now has 12 in London, one in Leeds, Manchester, Birmingham, Dubai and Hong Kong.

Gaucho Edinburgh boasts a glass fronted bar over-looking St Andrew Square and an open plan restaurant that seats 120 downstairs. Alongside this is the glass private dining room, where the walls are adorned with over 200 bottles of the exclusive Gaucho wine collection.

Group executive chef Jamie Robertson worked alongside celebrity chef, Jamie Oliver, returned to his roots for the Edinburgh opening. Born and raised in Bonnyrigg, Robertson oversees menu development and supply chain for all 16 of Gaucho’s restaurants.

Prezzo, Jamie’s Italian and Byron and Carluccio’s are among the restaurants that have announced plans to close outlets this year.