Platform firm could be sold 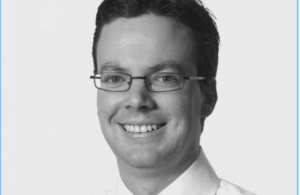 Private equity owners of platform technology firm FNZ are said to be pondering the £2 billion sale of the company.

FNZ was founded in New Zealand and now has its largest office in Edinburgh from where it is expanding its European business. It also has staff in Asia and the Czech Republic.

It serves a number of big ticket clients including Zurich, Standard Life and Aviva. Quilter is currently switching the Old Mutual Wealth platform from DST Technology to FNZ.

FNZ’s two private equity backers General Atlantic and HIG Europe are now understood to be working on a sale process that is expected to start before the end of the year, according to Sky News.

They each own a third of the company with the remaining third owned by the FNZ executive team, led by chief executive Adrian Durham (pictured).

FNZ employs 300 staff in the former Standard Life building at Tanfield, Canonmills in Edinburgh. The company’s 2016 results, the most recent to be published, show the business more than doubled post-tax profits on the previous year and assets under administration were up 46.8% at £74.4bn.

It has recently acquired German platform ebase from Comdirect Bank. Ebase has 265 employees, more than one million customers and more than 270 co-operation partners, making it one of the leading business-to-business direct platforms in Germany, with assets under administration of about €31m.