FM and PM are alike in ignoring the people’s will 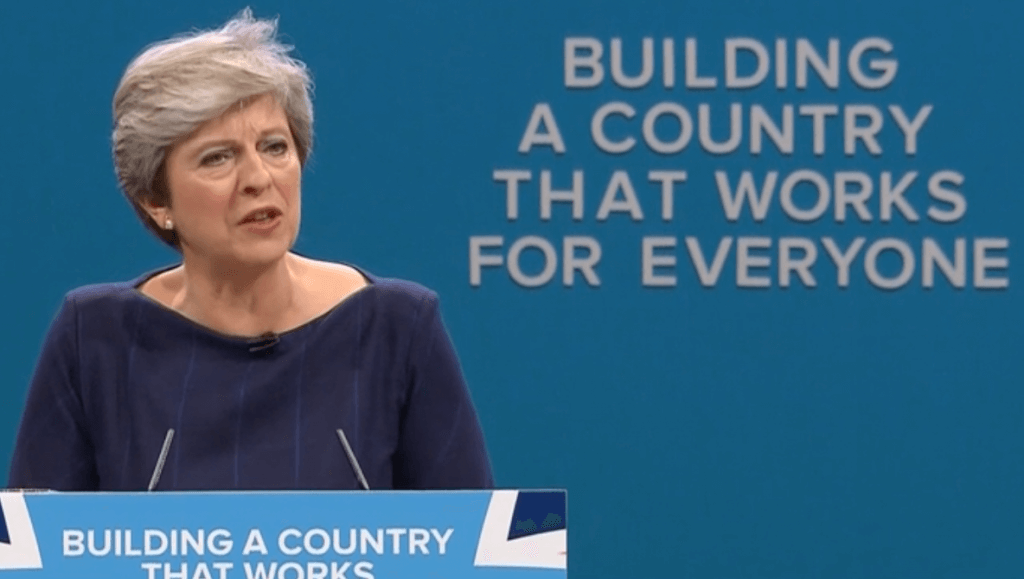 Theresa May says she’s working for everyone

The internecine war that has erupted in Theresa May’s Cabinet, resulting in the resignation of Boris Johnson and David Davis, does not augur well for democracy in Britain. It is a symptom of an anti-democratic malaise that is afflicting both the Scottish and UK governments and, sadly, it is only likely to get worse.

May’s White Paper on her government’s EU negotiating position is already in trouble as senior Tory backbenchers such as Owen Paterson say it is even worse than expected having crossed practically all of her red lines. This on the back of John Hayes MP saying to the Prime Minister’s face on Monday night that without its red lines the flag of England would be pure white, signalling surrender.

The PM has proposed adopting a “common rule book” for goods and agri-foods which are little more than weasel words for accepting the EU’s existing rules in their entirety with jurisdiction under the European Courts of Justice. Respected legal opinion already suggests it kills trade deals with the likes of the US and Australia stone dead.

In the next six months we are about to see our Prime Minister court the votes of Labour and even the SNP in an attempt to get her legislation through – while those backbenchers who believe they are respecting the EU referendum vote are submitting amendments to make her proposals impossible.

It is far too easy to point the finger at Brexit for this collapse in delivering the democratic expression of the people, although there is much in the conduct of negotiating the UK’s departure from the European Union that has been amateurish to the point of embarrassment.

The problem is far bigger, residing in the belief amongst all political leaders that they can ignore the votes of the majority of electors.

Take the Scottish independence referendum; David Cameron allowed Alex Salmond and Nicola Sturgeon to dictate the question, the franchise and the timing in return for signing the Edinburgh Agreement that said both sides would respect the outcome of the vote. Yet the First Minister has taken every opportunity to disrespect the outcome by stoking the case for a further vote as soon as possible.

Surveys since then continue to show support for independence in a slow but steady decline and a poll this week had only 23% wanting a second referendum as soon as possible – below the number supporting the SNP. Sturgeon’s disrespect for the democratically expressed will of the Scottish people is simply not working for her or the SNP – yet she still persists with this approach.

As for the EU referendum, May said she would honour the result and ensure “Brexit means Brexit”. Well, it hasn’t turned out that way. Whatever one thinks of Brexit, irrefutable evidence is now emerging that the Prime Minister worked against her own Secretary for Exit, David Davis, and repeatedly went behind the back of her own “war cabinet” that had taken decisions by continuing to work to a different agenda.

The culmination of her duplicity was to seek the endorsement of Chancellor Merkel for her proposed White Paper in advance of letting her full Cabinet see the document only the night before the decision-taking meeting. When challenged about amending her proposal she is reported to have said this was not possible because Merkel had already approved the text.

The signs have been there for some time that Theresa May was trimming her position on the type of “Global Britain” Brexit she had first offered at her Lancaster House speech in January 2017. Boris Johnson had to call her out on Single Market membership before her disastrous Tory Conference in October and her shuttle diplomacy between Brussels and the DUP suggested she could not be trusted.

Now the polls are turning against May, with two showing the Tories falling behind Labour and her personal ratings for best leader lower than “don’t know”. When she falls behind Corbyn it surely must be game over.