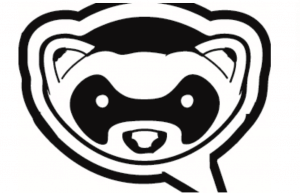 Scottish investigative journalism co-operative The Ferret has received a $100,000 grant from a philanthropic investment firm led by the founder of Ebay.

Pierre Omidyar’s Omidyar Network has provided the fund with the promise of no interference in the editorial policy of the group.

The Ferret investigates public interest topics, such as fracking, election funding and the arms trade, and is owned by its subscribers and journalists, with places for readers reserved on its board.

It said in a statement that the grant would allow The Ferret to “punch above its weight as other media companies face reductions in capacity and scope”.

Director Rob Edwards said: “The Ferret has and always will depend upon its subscribers and readers to give it a sustainable economic future.

“The grant from Omidyar Network, which comes with no strings and no loss of editorial control, will help us boost our reach and our income so that we can thrive and grow. We are very grateful for their commitment and generosity.”

Omidyar Network began to look for opportunities to support independent UK media last year, and in January gave funding to another co-operative website, the Bristol Cable.

Andrew Clarke, Omidyar Network’s governance and citizen engagement principal, said: “In addition to our global commitment to strengthening investigative reporting, we have prioritised independent media opportunities in the UK that are testing co-operative membership structures, with the aim of being self-sustaining and community-driven.

“The Ferret has a strong record of investigative reporting that uncovers stories of public interest in Scotland and holds power to account.”

The Ferret, which became a co-operative in 2015, has published over 530 public interest stories and worked on some investigations with other media outlets.