Ex-Number 10 adviser gets military wives back to work 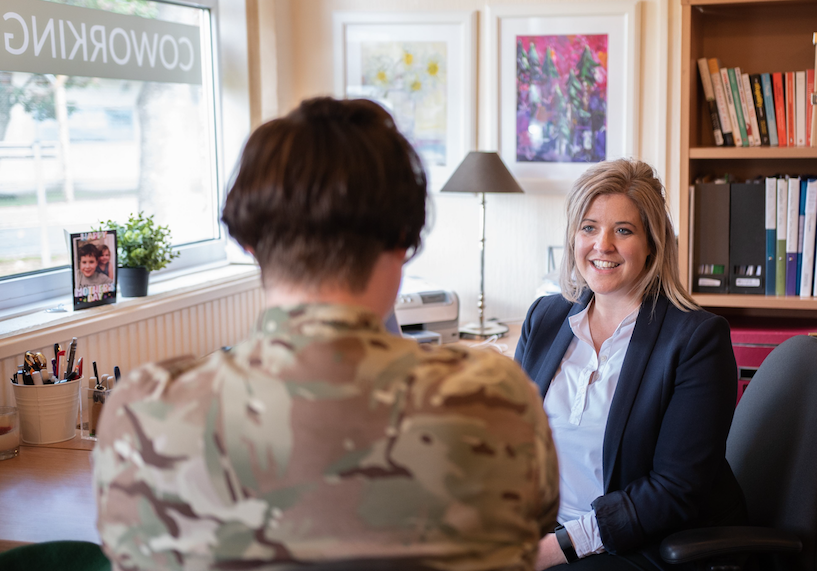 A former Downing Street adviser has launched a project in Scotland to help the partners of military personnel use their skills and set up businesses.

Sarah Stone, whose husband serves in the army, says the perception that military wives ‘sit around baking cakes’ is out of date and a waste of their talent.

“It’s currently virtually impossible to maintain a career and hold down a ‘normal’ 9-5 job if you’re married to someone in the military,” she explains.  “There are thousands of highly-skilled, qualified military spouses and partners all over the country who want to work, but can’t.

“There’s this idea that we sit around baking cakes and singing in choirs, which is completely out of date,.

“The reality is that modern military spouses are accountants, lawyers, doctors, engineers, nurses, teachers, graphic designers, web designers…Pretty much every industry or occupation you can imagine.”

Mrs Stone, an adviser to former Prime Minister David Cameron, has joined forces with other working military wives to set up a pilot co-working space at the Leuchars army base in Fife.

The project has been inspired by the Scottish Government’s ‘Can Do Places’ initiative. This aims to help regenerate urban and rural communities by turning redundant buildings into places for entrepreneurial activity.

“We thought if we could provide an office on a military base where spouses could work for themselves, it might also provide a conduit for employers and businesses to tap into the skills that are lying dormant in these communities.”

Mrs Stone and some other military wives initially opened the Leuchars co-working space as a small pilot scheme in September 2017.

“The response has been fantastic,” she says. “We’ve started businesses, got people onto training courses and helped others find work and learn new skills.

“We’ve even now got people who are leaving the forces contacting us to ask if we can use our network to help them transition into civilian employment – so it’s clear that the benefits aren’t only limited to spouses.”

In a poll of 2,000 military spouses, Stone found that almost 60% wanted to use their existing skills and talents to start a business – but only 14% were already working for themselves.

“That means there’s a huge gap between the number people who want to be self-employed and the number who are.  That’s a huge opportunity to create thousands of entrepreneurs.”

“Military spouses in Aldershot, Catterick, Portsmouth, Brize Norton and elsewhere who have heard about our project are now asking if they can have one too. We’d love to have one of these in every garrison throughout the whole of the UK.”

The Ministry of Defence estimates that around 65,000 regular trained service personnel are married or in a civil partnership.