Edouard at the double to rescue Celtic 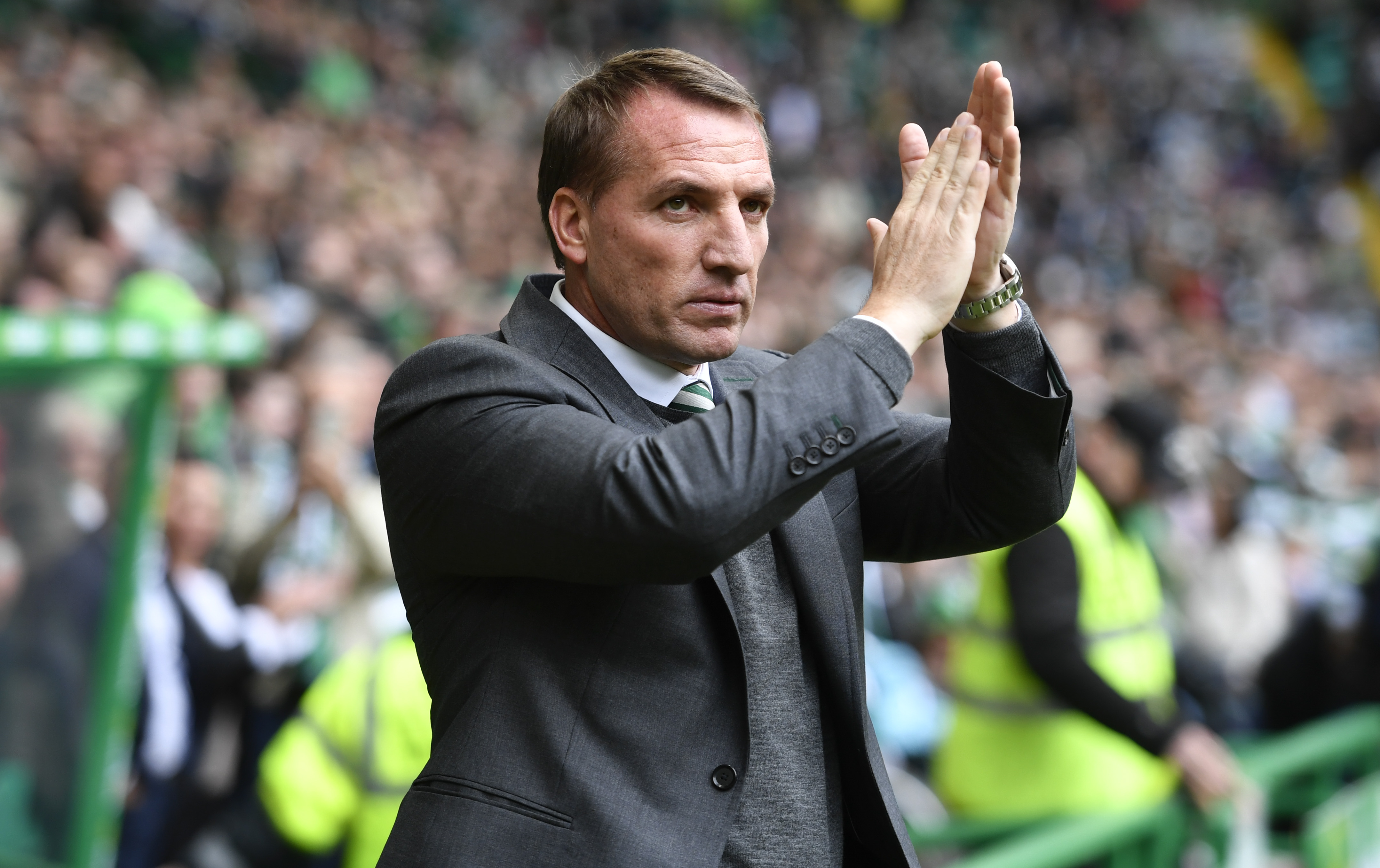 Brendan Rodgers was delighted with the display of his team in the comeback win over Rosenborg (pic: SNS Group)

The £9million record club transfer fee Brendan Rodgers splashed out on Odsonne Edouard will be money well spent if Celtic can eventually make it through to the lucrative group stages of the Champions League.

The Frenchman made his season-long move from Paris Saint-Germain a permanent one last month and repaid a sizeable chunk of it with two goals in his side’s comeback victory over managerless Rosenborg.

The hosts will now travel to Norway next week confident of setting up a third qualifying round tie against AEK Athens after a stirring second-half performance.

When the visitors raced into a shock lead after just 15 minutes when Birger Meling took advantage of some slack defensive play, the £30m bonanza for making it through four qualifying rounds and into the group phase, seemed a distant hope for the Hoops.

It was a disastrous start for the injury-hit Celts but they rose to the challenge and worked tirelessly to turn the tie in their favour.

As the interval approached, Scott Sinclair set up Edouard after a good run and the striker did the rest with a neat finish beyond Hansen.

The equaliser transformed the mood around the stadium and after starting the second half with their tails up, Celtic duly took the lead with a superb effort from Olivier Ntcham

It was one-way traffic for the most part now and Celtic could easily have gone further ahead with Callum McGregor hitting the post and Hansen denying the recalled Scott Sinclair and Ntcham.

Edouard rounded off a man-of-the-match performance with his side’s third goal of the first leg 15 minutes from time, the front man racing onto to a James Forrest pass before coolly lobbing over Hansen.

“We feel we can go out there, defend and then score goals. It is half-time and we know it will be tough over there but it’s a good one for us,” said Rodgers.

“It was a joy to watch. It’s not always clean and pure and scoring five or six goals.

“You judge your team as well when they are down and they were absolutely fantastic in that.”

Hailing his two-goal hero Edouard, Rodgers added: “The first goal looks so simple, but you watch again and you see his movement just to create the space and then pass it in.

“The second, he times his run perfectly. The mark of top strikers is to have that confidence on the big occasion and for him to show that under pressure was brilliant.”

Rodgers will be irked to have conceded an away goal but will be confident of scoring in the second leg on Wednesday to complete the double over Rosenborg having defeated them in the third qualifying round last season.