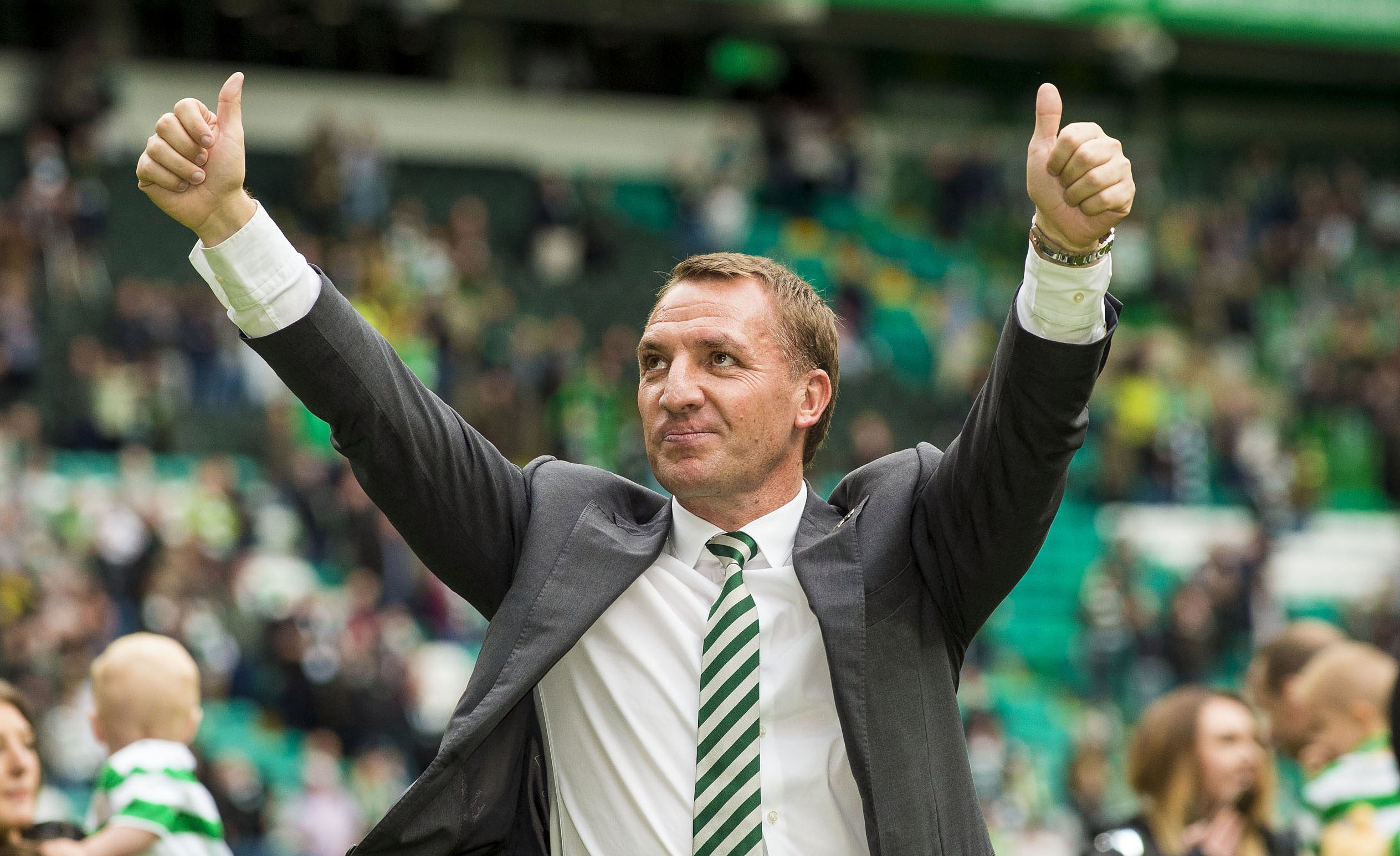 It’s one down three to go for Celtic boss Brendan Rodgers as he tries to steer Celtic into the group stages of the Champions League for the second year running.

The Hoops cruised past Alashkert in the first qualifying round to set up a meeting with familiar foes Rosenborg.

They will head to Norway for the second leg next Wednesday and face a further two qualifiers if they get through, with Greeks AEK Athens lying in wait in the third round.

The teams met in last season’s third phase of qualifiers, with the Glasgow outfit edging through thanks to James Forrest’s only goal of the tie in Trondheim.

The Norwegians needed a controversial stoppage-time penalty from former Arsenal striker Nicklas Bendtner to see off Icelandic minnows Valur in the previous round.

Although they sit second in the league, Rosenborg will take on Celtic still recovering from last week’s shock sacking of management team Kare Ingebrigsten and Erik Hoftun.

Discussing whether the change could be to his side’s benefit, Rodgers said: “It can work one of two ways. It can either galvanise the team or it can have a negative effect. But our concentration is very much on ourselves to do our own job and we will look to do that over the two legs.”

The Hoops boss is hoping the added experience gained by his players in last season’s European campaign, can work to their advantage.

He said: “We’ve got a bit of experience at this level now. It doesn’t make it any easier but it allows you to play with a calmness.”

Goalkeeper Craig Gordon is expecting the same kind of tough examination from the Norwegian champions as 12 months ago.

“We’ve not changed a great deal from that meeting and neither have they. Both teams will know what they’re coming up against, and the two teams on the last showing were fairly evenly matched.

“It was a difficult game for us, and if we want to get through this time, we’re going to have to play very well.”

Moussa Dembele misses out with the hamstring strain he picked up in the last round at Parkhead, with Leigh Griffiths, Jonny Hayes and Marvin Compper also sidelined by injury. Centre-half Jozo Simunovic is suspended following his red card against Alashkert in Glasgow but Tom Rogic and Cristian Gamboa are back in the squad after their World Cup exploits.