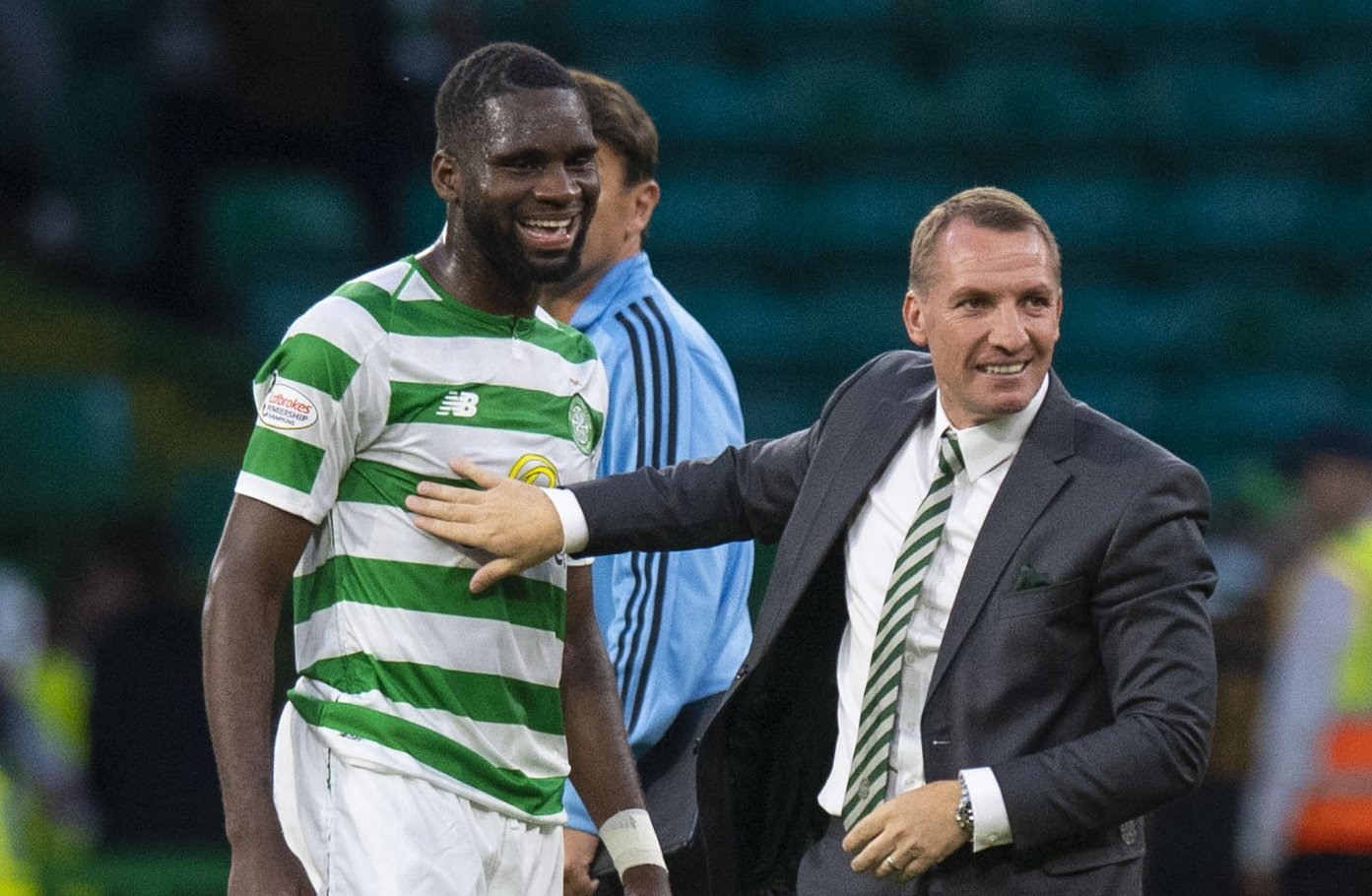 Celtic will be confident of progressing against Rosenborg after the first leg comeback inspired by Odsonne Edouard (pic: SNS Group)

Having already been to Trondheim and got the t-shirt, Celtic will be hoping for another productive visit when they take on Rosenborg in the return leg of their second qualifying round clash.

The Hoops edged past the Norwegians in last season’s qualifiers thanks to James Forrest’s strike in the away leg, the only goal of the tie.

Having established a 3-1 advantage after last week’s meeting at Parkhead, Brendan Rodgers’ side head to Norway looking to finish off the job in the Lerkandal Stadion for the second year running.

“We’ve gone over there and won before, so the aim for us is to score goals and create chances and play good football and we believe that we can do that,” said captain Scott Brown.

The Celts were given a real fright in Glasgow when they fell behind in the first half but a superb second 45 minutes turned the tie in their favour with two goals from Odsonne Edouard and Olivier Ntcham also hitting the target.

Brown, though, knows there is much work to be done tomorrow night before the players can look forward to taking on Greeks AEK Athens in the third qualifying round.

“We managed to keep them back in their half and keep the shots on Craig’s goal to a bare minimum. The way the lads played was exceptional but going over there is totally different circumstances.

“They know they have to come out and score two goals so here’s hoping we can open them up a little bit.”

“We have so much pace all over the team now and it’s a big part of our game. We have Scott Sinclair who is back flying and Jamesy Forrest who was exceptional last year and has started the season as well as anyone.

“Odsonne as well looks a totally different player from last season, he is looking sharper, fitter and stronger and looks like he has a proper eye for goal. He’s been a breath of fresh air.

“It’s always hard going over there but last year we went there after a 0-0 at home and got a great victory with a great goal by Jamesy Forrest.”

Celtic kick-off their bid for an eighth consecutive league title this weekend with the visit of Kenny Miller’s newly-promoted Livingston and Brown is looking forward to the campaign ahead, his 17th season in the top flight.

He said: “The seasons are getting longer and longer. We are lucky enough that this season we had four weeks off.

“It is hard on your body, especially being at Celtic when you have got Champions League football.

“The aim this season is just to take every game as it goes, make sure we try and go as far as we can in the qualifiers and try and get into Champions League football. Then on Saturday start the league campaign with a good victory and a good performance as well.”

With defender Jozo Simunovic remaining suspended for the tie and Moussa Dembele still sidelined by his hamstring problem, Rodgers is unlikely to make many changes to the team from the first leg.