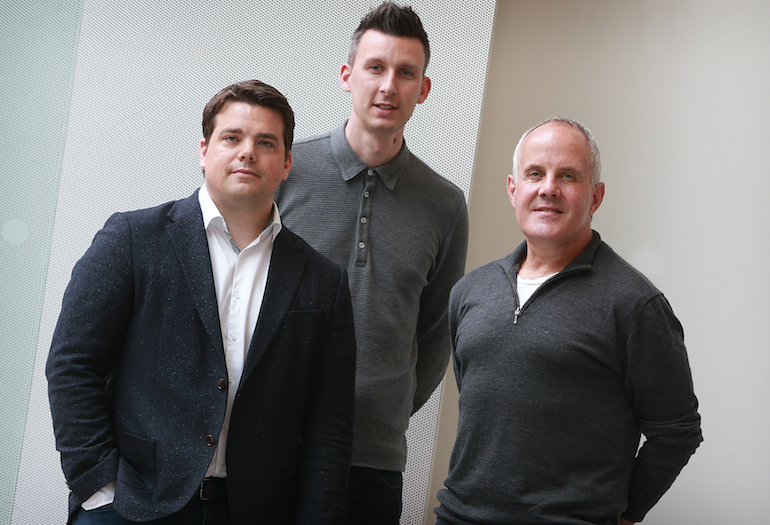 A comparison website for the care industry has raised £8.5 million – the largest ever Series A funding round to be received by a digital tech company in Scotland.

It will allow the company to expand its head office team from 20 to 100 over the next two years and expand its care matching technology UK-wide.

Based at the Codebase incubator, Care Sourcer is the first UK comparison and matching site for older people care. It can be used by private individuals, GPs, social workers, or anyone else who needs to find care for an older person.

The company was founded in 2016 by Andrew McGinley, CEO and Andrew Parfery, CCO, both of whom ran care businesses.

Last year they completed their first external seed investment round, raising £500,000 from UK venture capital firms ADV and BGF Ventures. It was the first investment in a Scottish company by both investors.

Mr McGinley said: “Right now, too many older people are waiting weeks or even months for care – this causes incredible stress for people and their families, and it’s also a huge expense to our health system, costing NHS Scotland £132 million every year.

“People deserve better than this broken status quo – the right care is quite often out there, but people struggle to access it quickly and effectively and we know that our technology can help.

“Our team is incredibly motivated to make sure that nobody in the UK has to wait for care when they need it. We’re already helping people here in Edinburgh and in London, and this investment allows us to expand our world-class team to bring our care matching technology to the whole of the UK.

“In particular, we need skilled engineers and product specialists who can help make our platform as simple to use as possible. We are especially keen to talk with engineers who thrive in delivering world-class customer experiences using the Ruby on Rails platform.”

After a successful trial, NHS England awarded a further £757,000 to Care Sourcer to expand its work with NHS bodies across the country.

The company today also announces that it has appointed former Skyscanner chief operating officer Mark Logan to its board as a non-executive director and adviser.

Mr Logan, who was recently named as the first male ambassador to join Women’s Enterprise Scotland, joined Skyscanner in 2012 to take on the general management of the business, culminating in a £1.5 billion acquisition in 2016 by Chinese travel firm Ctrip.

He said: “Care Sourcer is one of the UK’s most exciting start-ups; it has the potential to make a hugely positive impact both on people’s lives and on the entire social care system. This investment enables Care Sourcer to expand its service rapidly, and I’m very excited at the prospect of helping the team to successfully scale the business.”

Evelyn McDonald, CEO of Scottish EDGE, which sourced early stage funding for the company, said: “Care Sourcer had just started trading when they applied to us for support. Scottish EDGE funding gave them the necessary foundations for growth and it is fantastic to see what they have achieved in the last two years. It is thrilling to see one of our alumni doing so well.”

“Guided by this value, we are delighted to help accelerate the growth of Care Sourcer and are proud to support them in bringing greater choice and transparency to the UK care market.”

According to Crunchbase, the investment represents the largest Series A funding round secured by a Scottish digital tech company. Care Sourcer has raised £9m to date since launch in June 2016.