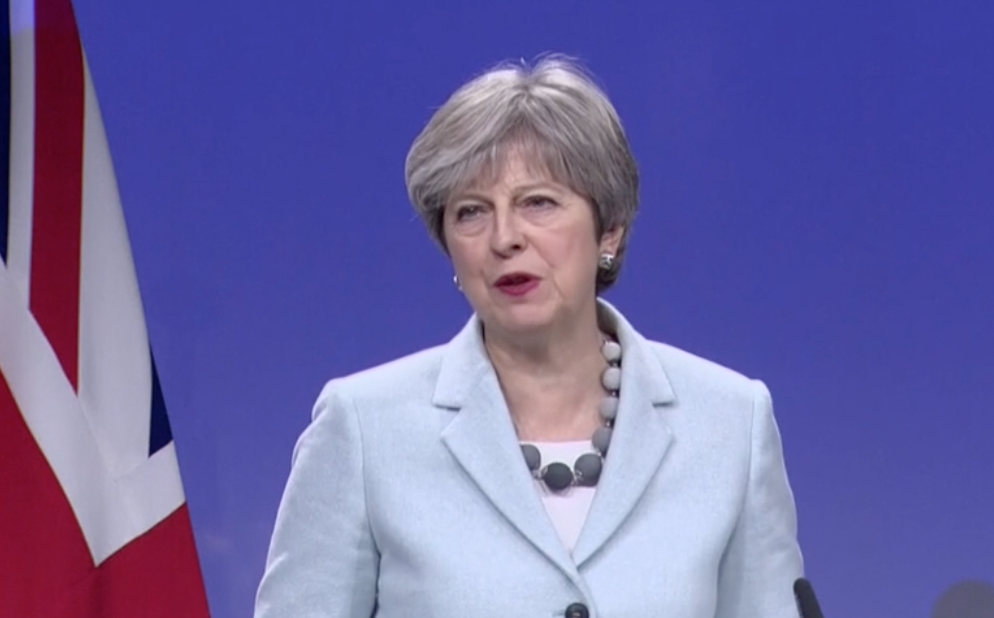 Theresa May is being urged to quicken the pace on Brexit

US President Donald Trump threw Theresa May’s soft Brexit plans into more turmoil by saying a free trade deal with Britain was threatened if she went ahead with her post-Brexit ties with the European Union,.

In an interview with The Sun newspaper during his visit to the UK, Mr Trump said Mrs May’s plans for a business-friendly Brexit would leave it too close to the EU to allow a new trans-Atlantic trade deal to be struck.

Her plans for recognising cross-border regulations with Europe after Brexit were met with dismay by financial services representatives.

A new deal for the sector will offer less access for UK-based firms than the existing passporting regime.

To the City’s disappointment, the UK will not press for the EU and UK to “mutually recognise” each other’s regulations, which would have allowed UK firms to operate largely as they do at present.

Mutual recognition has been seen as a step too far for the EU negotiators who believe that it is ‘having your cake and eating it’.

Instead, the new approach will be a ‘beefed up’ version of the EU’s existing approach to non-members, under which its regulators declare their financial regulations “equivalent” on a piecemeal basis — or not.

Non-EU countries, including the US, Japan and China agree to meet certain EU rules to keep access to the bloc. These rules are equivalent to each other in some areas.

City of London based organisations were disappointed with this outcome.

UK Finance said that simply relying on existing equivalence arrangements would not provide financial institutions with effective market access, but it said the government was right to seek to strengthen and expand equivalence rules.

Professor Jonathan Portes, senior fellow The UK in a Changing Europe, said:“These proposals would effectively keep us in the single market for goods and food products – except we’d have far less influence over the rules. On services, including financial services, the UK continues to ask for extensive market access on the basis of ‘equivalence’, but at the same time seeks regulatory autonomy.

“While these proposals have been presented as a softening of the government’s approach to Brexit, even on the most optimistic interpretation they would still, in practice, mean new and substantial non-tariff barriers to trade, particularly in services.” 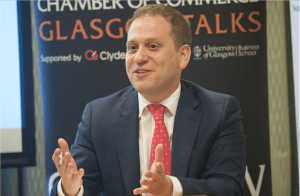 Adam Marshall, Director General of the British Chambers of Commerce (pictured), said: “Even with the welcome direction of travel in the White Paper, companies still don’t know how they’ll be paying VAT, how they can move people between offices, or whether goods will get across borders with a minimum of fuss.

“It is incumbent on the two sides to work pragmatically and productively on the nuts-and-bolts detail of the future relationship over the coming weeks, drawing on business experience and expertise.

“Time is short – and for businesses, it’s results that count.”

Carolyn Fairbairn, CBI Director-General, said: “There are gaps in these proposals and more detail is needed on EU VAT, some services sectors and the new customs system.

“It will be a make or break summer. It’s vitally important UK negotiators get their heads down and work with businesses to grapple with the detail and get it right.

“With three months left to go, it is now a race against time. The EU must now engage constructively and flexibly, as must politicians from all UK parties. This is a matter of national interest. There’s not a day to lose.”

The Institute of Directors said there was a need for more specifics on proposed customs arrangements, and proposed free trade area in goods with the EU.

Stephen Martin, director general, said the government “has missed a trick” by holding back on detail in areas such as VAT arrangements.

“But the biggest question mark looms over what will replace freedom of movement,” he says.

“The government is right to prioritise an ambitious scheme on labour mobility with the EU, but businesses need to work from concrete proposals.

“We would urge the government to bring forward its plans for post-Brexit migration, which should be at the heart of our future economic partnership with Europe.”