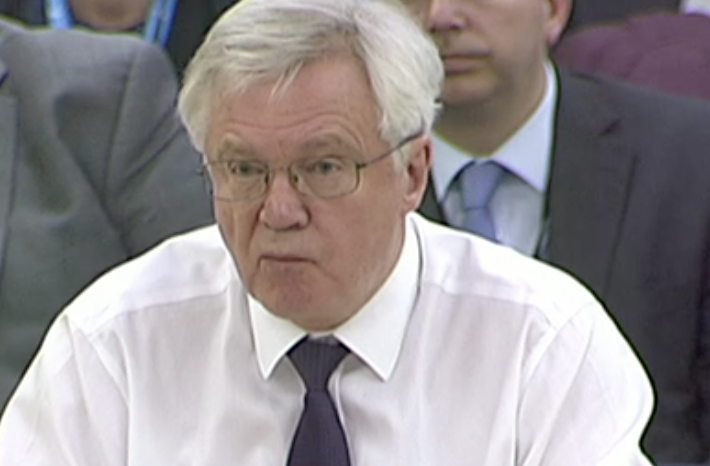 The late resignation won praise from Brexit campaigners who believe the plan to create close trading ties with the EU is a betrayal of the British people’ vote to quit the bloc. He was replaced by housing minister Dominic Raab, another prominent Leave campaigner.

In his resignation letter, Mr Davis said: “The general direction of policy will leave us in at best a weak negotiating position, and possibly an inescapable one.”

He criticised Mrs May’s decision to maintain a “common rule book” with the EU, mirroring the bloc’s rules and regulations, saying it would hand “control of large swathes of our economy to the EU and is certainly not returning control of our laws.

“It seems to me that the national interest requires a Secretary of State in my Department that is an enthusiastic believer in your approach, and not merely a reluctant conscript.”

May replied by saying she did not agree “with your characterisation of the policy we agreed at cabinet on Friday”. She thanked him for his work.

Business broadly welcomed the plan announced on Friday evening and this morning continued to insist that it set Britain on the right course.

Steven Martin, director general of the Institute of Directors, said: “We welcomed the deal that was put forward on Friday because it showed that the Cabinet was united behind it and it set out a clear vision of where the Prime Minister wanted to go with the deal.”

Carolyn Fairbairn, director general of the CBI, said: “One of the things that business welcomed on Friday was  cabinet unity. The inability to take decisions over several months had become a huge challenge in terms of uncertainty so that [Mr Davis’s resignation] is a blow this morning.

Ms Fairbairn added: “It is all going to be about what happens next because actually there were real rays of light in the conclusion from Friday – the free trade area for goods, the fact that there was real recognition of the importance of free trade and frictionless trade.

“There were gaps as well..services and the customs position is not clear. But it is all about what happens next and how we build on momentum because we are in a race against time.”

Comment: Davis gives May a chance to cleanse Cabinet