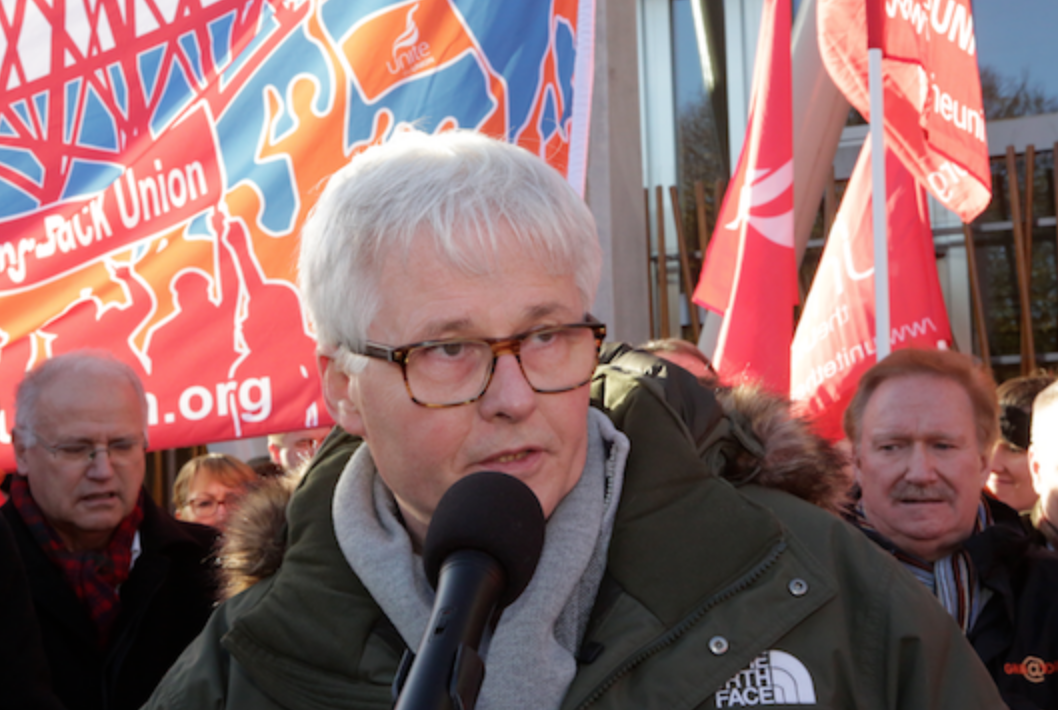 Pat Rafferty: ‘the decision to effectively close the yard has been taken’ (pic: Terry Murden)

The BiFab yards in Fife and Lewis have effectively closed after further redundancies were announced as the company’s flow of orders dried up.

Just seven part-time staff will oversee the maintenance and security of the yards and assets in Burntisland, Methil and Arnish. At its peak BiFab had a core workforce of 400 and a further 1,000 contractors.

The company hit financial problems late last year as a major subsea jackets contract for the Beatrice windfarm – the only significant order on its books – moved towards completion.

The rescue of the company in April in a deal brokered by the Scottish government gave the yards hope of a brighter future under new owner JV Driver’s DF Barnes subsidiary.

GMB Scotland organiser Alan Ritchie: said: “We were promised a bright future by the new owners but the cold, hard truth is that these yards are now closed until new orders can be secured.

“There is also anger and resentment that some of the people responsible for the demise of BiFab have had their futures secured, while the workers who made the sacrifices to complete the Beatrice order have been steadily shown the door.

“Jam tomorrow is of no use to our members and their families. This is a dark day for Fife and Lewis, and for the Scottish economy. Whether there is any light in the weeks and months to come remains to be seen.”

Twelve managers from the original BiFab business will be retained.

Unite Scottish secretary, Pat Rafferty added: “Unite is disappointed that despite the fanfare last year following the takeover of BiFab by Canadian engineering firm DF Barnes that the decision to effectively close the yard has been taken.

“We all knew the future of the yards depended heavily on orders coming in and the failure to secure contracts would make the future difficult.

“We remain optimistic that the company will be successful in its tendering process for future contracts going forward.

“There is however some degree of irritation that those that must bear some responsibility for where the company is today are still in post, while the workforce has been cast aside.”

He added: “That is what is needed for the employees and that is our focus.”

Scottish Labour’s Economy spokesman, Jackie Baillie, said: “The Scottish Government should be doing everything it can to protect these jobs.

“Protecting BiFab’s workforce should have been at the top of SNP minister Derek Mackay’s in tray, but despite the Scottish Government having a stake in BiFab, he’s already failing workers and communities.

“Derek Mackay must immediately outline what steps he will take to ensure that these jobs are protected and what prospects lie ahead for future contracts.”

Share this...
Bifab, DF Barnes, JV Driver, Pat Rafferty News - general, Scotland No Comments » Print this News
PharmaKrysto secures licensing deal in US Previous News
Next News Mickelson: ‘I made a mistake and must act better’