Archer steps down at Creative Scotland 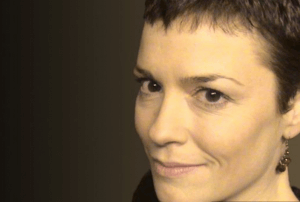 Creative Scotland chief executive Janet Archer has stepped down in the wake of criticism over funding decisions by the arts organisation.

Ms Archer leaves after five years in the job and following a parliamentary report last month into the way funding decisions were taken.

Two Creative Scotland board members resigned in February in a row over its latest round of funding.

Holyrood’s Culture Committee found decision-making fell well below the standard expected of a public body, and concluded the arts funding organisation had been “badly damaged” as a result of its approach.

The committee held an inquiry after widespread criticism of Creative Scotland’s decision to axe funding to some companies earlier this year. MSPs urged the body to urgently address its strategic failings.

Creative Scotland said Ms Archer left at the end of June and would receive payment in lieu of her six month contractual notice period.

In a statement she said: “It has been an honour to work closely with, and to serve Scotland’s artists and creative communities over the past five years in my role as chief executive of Creative Scotland, and to help many thousands of people produce and share work.

“Over the past five years, we have supported artistic excellence, and equalities, diversity and inclusion. We accelerated our work for young people and supported creative projects in all of Scotland’s 32 local authority areas. We have also enhanced international support across artforms, especially for screen.

“I’m pleased that in a difficult public financial context, Creative Scotland managed to work closely with the Scottish Government to secure an additional £19.8m funding for 2018-21 for regularly funded organisations to replace the unexpected steep downturn in National Lottery Funding, as well as an additional £10m annual support for Screen.

“I’m especially proud of the relationships we’ve established with partners to deliver shared plans and increase impact and would like to thank everyone for their commitment to working with us.”

Robert Wilson, chair of Creative Scotland, added: “On behalf of the Board, I would like to thank Janet for everything she has achieved over the past five years and the important contribution she has made to Creative Scotland, to the arts, screen and creative industries and to public life in Scotland more broadly.

“We wish her every success for the future.”