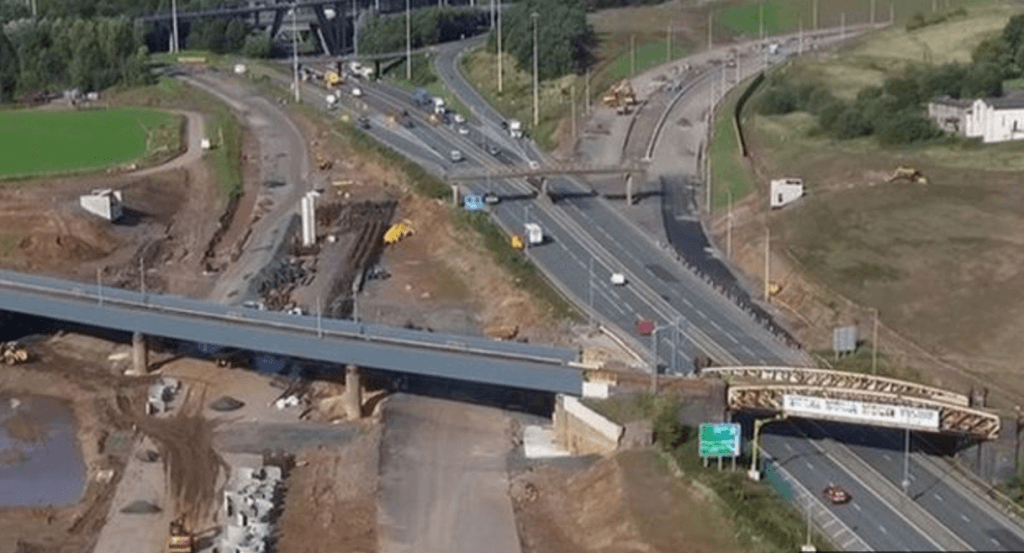 Motorway improvements are among those affected by delays

Almost 50 major infrastructure projects are delayed or over budget in Scotland, according to Scottish Labour.

Analysis by the Scottish Parliament Information Centre (SPICe) shows 15 major projects have gone over budget between November 2016 and March 2018.

The analysis also shows that 30 projects have had their completion date changed to a later date over the same period.

This means that, of the 49 projects for which estimated budgets and completion dates are given, 45 of them are over budget, delayed, or both.

Some of the projects highlighted in the research include the M8 M73 M74 Motorway Improvements Project, which cost £13million more than expected.

Other projects include the NHS Orkney New Hospital and Healthcare Facilities, which are almost £10million over budget and delayed by five months.

Scottish Labour said the scale of delays and spiralling costs strengthened the case for a review of public procurement.

“The fact that so many projects are over budget, delayed, or both is unacceptable – and, given financial and timescale details are only available for 49 out of 87 projects, this could just be the tip of the iceberg.

“We already know the SNP government is putting billions of pounds of taxpayers’ money for public projects in the hands of private companies – and these figures show that people in Scotland are not getting value for money.

“There needs to be a wholescale review of public procurement in Scotland, including spending on major infrastructure projects.

“People in Scotland deserve better than a policy that lines the pockets of shareholders only to leave important works delayed and over budget.”

The revelations emerged as it emerged that work on the Queensferry Crossing will not be completed until the end of next year.

There have already been delays to fixing snagging work, which was due to be finished in September.

Transport secretary Michael Matheson has revealed that painting the underside of the road deck will not be finished until December 2019 because of delays in installing a platform to ensure the safety of workers in all weathers.

He said the painting work would not affect motorists, though many have complained that the crossing suffers from off-peak lane closures causing huge delays that the bridge was supposed to resolve.

Last November, one carriageway was closed for five days for repairs after surfacing around expansion joints was laid too high