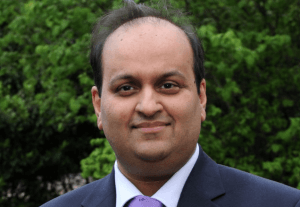 Scottish house builder, Barratt Homes, has bolstered its senior management team with a number of promotions and other appointments.

Mr Ali, who has more than 25 years’ experience in the construction industry, has worked for Barratt Homes since 2001 and had led the identification and purchasing of land for the developer across Edinburgh and the Lothians since joining the firm. His new role sees him responsible for leading Barratt Homes’ Scotland-wide land strategy.

The move is complemented by the appointment of Donald Borland as regional finance director, a new dedicated role for Barratt’s Scottish business. Mr Borland joined from Havelock Europa where he was CFO. Prior to that he spent 18 years with Miller Group, latterly as group finance director.

As well as Scotland-wide moves, new appointments have been made across the Scotland east division.

Taking up the development director role in the east of Scotland following Mr Ali’s move is Nicholas Wright. With 15 years’ experience in housebuilding, Mr Wright began his career as a chartered surveyor and joined Barratt Homes five years ago after holding senior roles at Bett Homes.

The east Scotland team also welcomes new operations director Andrew Morrison who was previously construction director at Bellway Homes He will be responsible for all daily operational matters in Edinburgh and the Lothians.

The senior moves and appointments follow consistent growth and acquisition of new sites for the East Scotland team, and supports its continued investment in new developments across Edinburgh, the Lothians and Fife.