Nicola Sturgeon is being challenged to admit that the cost of separation from the UK would mean almost two decades of austerity for Scotland.

A report by the Institute of Fiscal Studies on her independence blueprint indicates that the SNP’s plans would lead to serious cuts to public spending for as long as 18 years after independence, says the Scottish Conservatives.

It argues that  it is “inconsistent” to claim that the plans outlined by the Growth Commission “do not amount to austerity but the UK Government’s current policy does”.

The Scottish Conservatives and Liberal Democrats today turned up the heat on the SNP leader and First Minister to admit that independence comes at a huge cost. 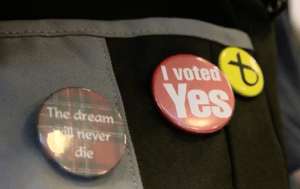 “Yet this impartial expert report makes clear it would be austerity max for as long as 18 years. That is the staggering price the Nationalists are prepared to pay for their obsession with breaking up the United Kingdom.

“Nicola Sturgeon needs to come clean. She should simply admit it: independence comes at a huge cost. Until she does, nobody should believe a word she says.

“This report only underlines why it is so important that we oppose a second referendum on independence. We don’t want to go back to yet more insecurity and turmoil – Scotland needs to go forward to a more secure, prosperous future as part of the UK.”

“This is not some wild claim but the considered conclusion of the SNP’s own Growth Commission backed up by the Institute of Fiscal Studies.

“There is no doubt that an independent Scotland would face cuts to public services for at least ten years, would be prone to greater economic volatility like other small countries, could not rely on oil revenues and could not demand control of the pound.

“The positive alternative is to remain in the United Kingdom with a real drive for a liberal, fair and open society.”