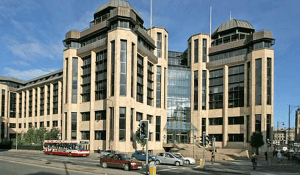 The Phoenix Group has appointed Susan McInnes, a member of its executive committee, as chief executive of Standard Life Assurance once the transfer of the business completes in September.

She will be based in Standard Life House in Edinburgh and her responsibilities will include the management of the open book and new business that Phoenix will acquire in the £3.2 billion deal which sees 3,200 staff transfer to the company.

Jim McConville, Phoenix group finance director, will continue in this role and take on additional responsibilities as group director, Scotland.

Andy Moss remains the chief executive of Phoenix Life and will oversee its traditional heritage business of closed-book activity.

Clive Bannister, Phoenix Group chief executive, said: “We are bringing the two firms together by utilising the respective strengths of both. I am especially delighted that Susan is to become the new CEO of Standard Life Assurance.”

Standard Life pensions chief Barry O’Dwyer will join the Phoenix board as a non-executive director. He is remaining on the executive team of Standard Life Aberdeen where he currently runs the pensions business, including the 1825 wealth manager.