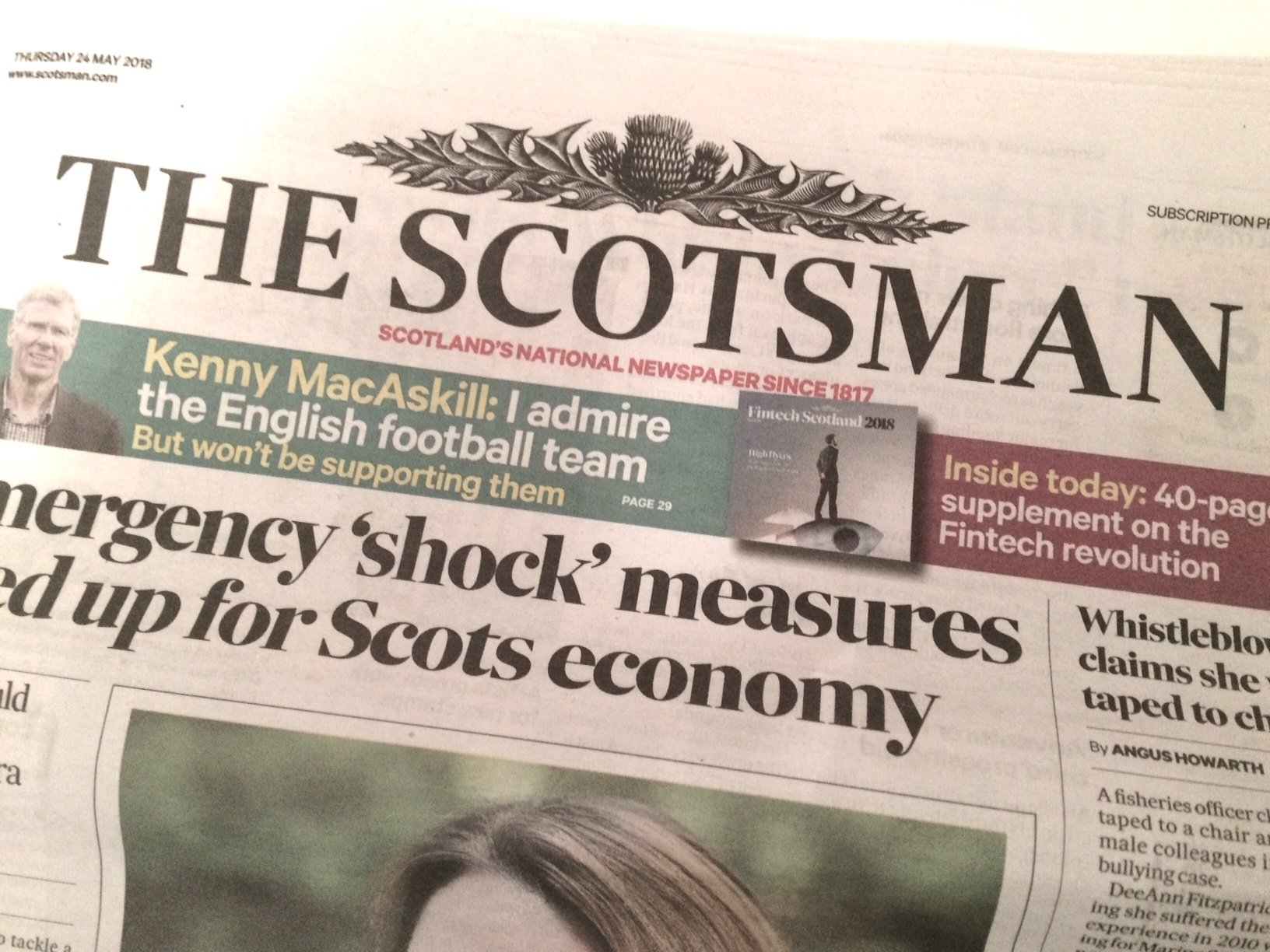 Shares in Johnston Press, owner of The Scotsman, Scotland on Sunday and Falkirk Herald, plunged to a new low after it admitted to being in talks to offload its pension fund.

Following its annual general meeting in Edinburgh it issued a statement confirming that it was considering a Regulated Apportionment Arrangement with the pension trustees and pensions regulator to transfer its pension scheme to the Pension Protection Fund.

Control of the fund would be handed to the main owner of its £220m bond debt, the US hedge fund GoldenTree.

Regulators only allow such an arrangement when the alternative would be a potentially damaging insolvency.

On 29 March 2017, the group announced a Strategic Review to assess the financing options available to in relation the bond which becomes due for repayment on 1 June 2019.

In its statement the company said: “The company confirms that an RAA is one of a number of potential strategic options for restructuring or refinancing of the bond being considered by the company and its advisers and in respect of which the company expects to discuss with relevant parties in due course.”

Earlier, it said further cost savings were likely after revenues fell, partly because of the impact of new privacy rules on digital advertising. The Scotsman last week closed its City office in London after long-serving City Editor Martin Flanagan took a redundancy package.

It said trading so far this year has seen group revenues down 9%, offset to a degree by a “continuing strong performance” from the i newspaper.

The company said: “The trading environment remains extremely challenging, exacerbated in recent months by uncertainty around future paper costs and the impact of GDPR on digital advertising revenues.

“We expect to see continued pressure on revenues in the second half of the year, and a requirement for cost savings.

Cash at bank at the end of May was £24.6 million. Expectations for the full calendar year 2018 remain in line with market expectations.

Johnston Press shares ended the day down more than 11% at 7.55p, giving the publisher a stock market value of just £8m.

“The company blames the new regulations for pressure on its digital advertising revenue in a downbeat trading update.

“If Johnston’s experience is matched elsewhere then this digital advertising issue could crop up for other publishing outfits, advertising agencies and ad technology firms.

“Brands that use data to target and enhance their digital marketing now have to ensure they are complying with the new regulations. This may prompt a shift towards brands targeting customer segments without the use of personal data.

“Johnston itself is in the middle of a strategic review following the departure of chief executive Ashley Highfield – the company faces debt repayments of £220m due in just under a year’s time.”