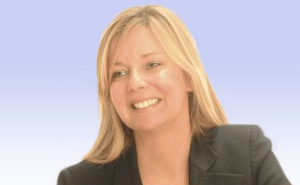 One of the key players involved in combining Standard Life and Aberdeen Asset Management is stepping down.

Jacquie Lowe, head of distribution UK at Aberdeen Standard Investments, is taking a career break and Noel Butwell will step into the role. He joined Standard Life in 2003 and is currently UK pensions and savings distribution director.

She took up her current position in September, reporting to global head of distribution Campbell Fleming, a few weeks after the merger was completed.

ASI said she will remain in her role until the Phoenix deal completes later this year and is stepping down to take a career break.

A spokesman said: “Jacquie played an important role in combining the two businesses where she has led the development and integration of the two UK distribution businesses.

“We thank Jacquie for her hard work and commitment to the company over many years and wish her all best for the future.

“Noel Butwell as been appointed head of UK distribution and will capitalise on the opportunities for our investment, platform and workplace solutions businesses. He will be supported by Michael Beveridge, head of UK investment distribution, who will have overall responsibility for the UK institutional, wholesale and retail distribution teams.”