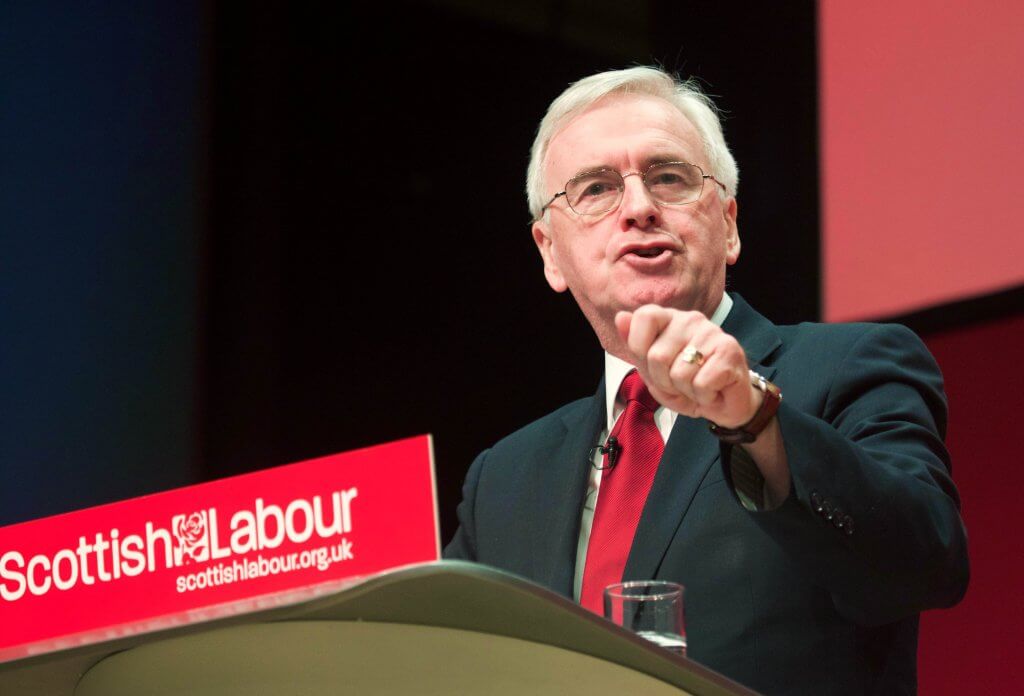 Labour shadow chancellor John McDonnell will today propose the Bank of England broaden its remit to focus more on productivity.

In a speech that will outline the party’s plans for boosting the economy he will accuse the high street banks of distorting the economy and say the financial system is not delivering investment across Britain.

Mr McDonnell’s comments will draw on the findings of a report he has commissioned to seek alternatives to current challenges.

“We want to build the economy of the future, and to do that we will need to reform the economic architecture of our country so that it is prepared to meet the challenges of this century,” McDonnell will say.

“Our financial system right now isn’t fit for this purpose. We need one that helps to deliver enough investment in the high-technology industries and firms so that we can reboot and rebuild Britain.”

The proposed changes to the Bank of England’s remit represent the most significant since Labour gave it independence from government in 1997.

However, Mr McDonnell believes it is too focused on controlling inflation and should take a greater role in boosting productivity.

Graham Turner of GFC Economics, who authored the report, said the Bank should be setting targets for banks to lend more money to SMEs.

“We’ve seen a big rise in consumer lending, we’ve seen mortgages not going to the right people and we have seen a big decline in lending to manufacturers… the lending has been all wrong since 2008,” he said.