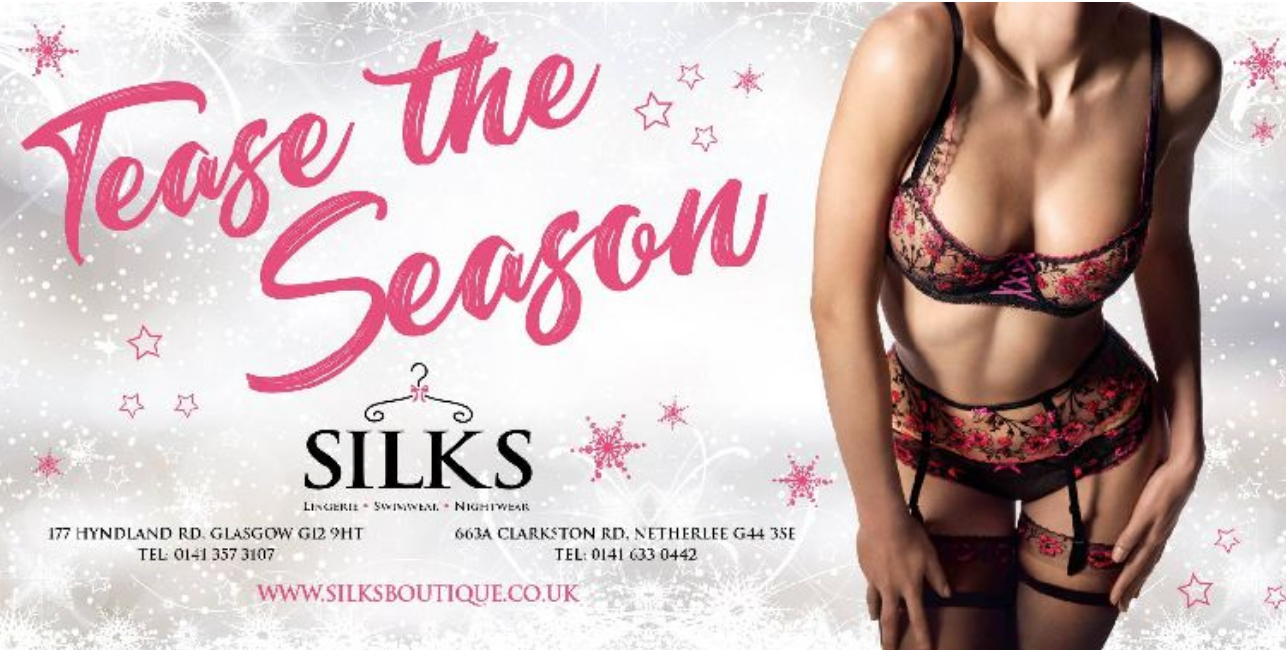 The poster was deemed ‘offensive’

An advertising poster which was displayed by a Glasgow retailer has been banned for objectifying women and being likely to cause offence.

The outdoor ad for Silks featured a woman in lingerie leaning forward to emphasise her bust, but only showed her body. It was accompanied by the text “Tease the Season”.

A complainant said the ad objectified women and was offensive.

The Advertising Standards Authority said the purpose of the poster was to advertise lingerie and it was therefore reasonable to feature a woman in limited amounts of clothing. However, it considered the model’s posee, combined with the text, was sexually suggestive.

It said: “We considered that, by focusing entirely on the model’s body without showing her head, and in the context of a sexually suggestive pose and byline, the image invited viewers to view the woman’s body as a sexual object.

It ruled that the ad must not appear again in its current form.

The shop owner, Marcella Louden, who has branches in Netherlee and Hyndland, said she could not understand why the ASA investigated on the basis of one complaint.

“I requested an image from one of my suppliers Aubade for use in my Christmas campaign. What I got was a close-up showing the delicate embroidery on a bra, briefs and suspenders set.

“There is a trend amongst brands at the moment for photographs in which the model’s head isn’t shown in order to emphasise the product, so I never thought for a moment that anyone would find this image offensive.

“We are in the business of making women feel good about themselves, not about objectifying them.”