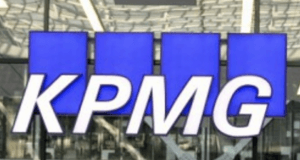 The Big Four accounting firms have been told to improve their auditing work following a decline in performance.

KPMG, which audited the collapsed construction firm Carillion, was picked out for particular criticism and an “unacceptable deterioration” in quality.

But the Financial Reporting Council said there will be closer supervision of all Big Four firms which include PwC, EY and Deloitte.

They dominate the sector and audit most of the FTSE 100 companies, but the profession had demonstrated a “failure to challenge management and show appropriate scepticism across their audits,” said the FRC.

There have been calls for the Big Four to be broken up to spur competition and improve standards. MPs have accused them of “feasting” on Carillion, whose finances proved far less healthy than directors had suggested.

Stephen Hadrill, chief executive officer of the FRC, said: “We’ve seen a reversal over the last year across all the major firms and particularly at KPMG.”

The regulator has looked at the auditing of banks and found that work on loan-loss provisions needed to be better.

Problems had also been found in the auditing of pension liabilities.