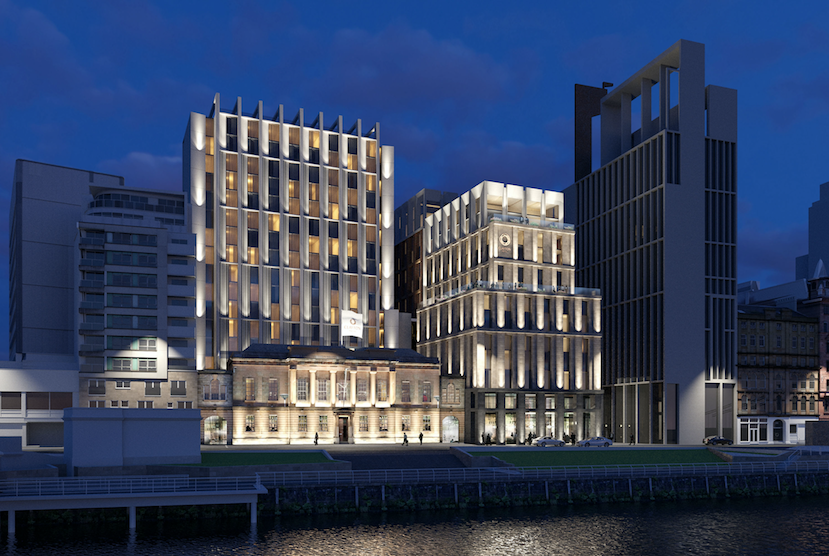 Property consultant CBRE has submitted planning applications for three major developments across the west of Scotland on behalf of developer clients.

Artisan St Enoch Quarter, a subsidiary of Artisan Real Estate Investors, wants to redevelop Custom House, which links Buchanan Street with the River Clyde waterfront into a hotel and leisure quarter.  The architect is Glasgow-based Sheppard Robson. A completion date has been set for mid-2020.

An application for McAleer & Rush is for a mixed-use development at Broadway Two, the site between Renfrew Street and Renfield Street.  The proposals include a new 300-bed 4-star Maldron Hotel and student accommodation comprising 446 one-bed flats.  It will also include a central courtyard area for residents.

Consent has been requested for a residential-led, mixed-use development of up to 2,600 houses at EuroPark next to the M8 in North Lanarkshire on behalf of Orchard Brae.  The scheme will complement the Eurocentral employment hub and comprises 1,600 private homes, collectively entitled ‘The Villages’, and 1,000 social affordable and market rent properties.

The land was redeveloped by Walker Group and Strathleven Regeneration CIC and now includes commercial, retail and residential space.

Last year, an independent economic impact assessment found the project has created 700 full-time jobs and £365m for the economy since 2007.

The 100-acre site sits at the gateway to Loch Lomond and the Trossachs National Park. Occupants also include Aggreko, Whitbread, Costa, Euro Garages and Jaconelli’s Fish Restaurant. Private sector investment in Lomondgate has exceeded £100m since the project launched.