Hope for high street as young prefer bricks to clicks 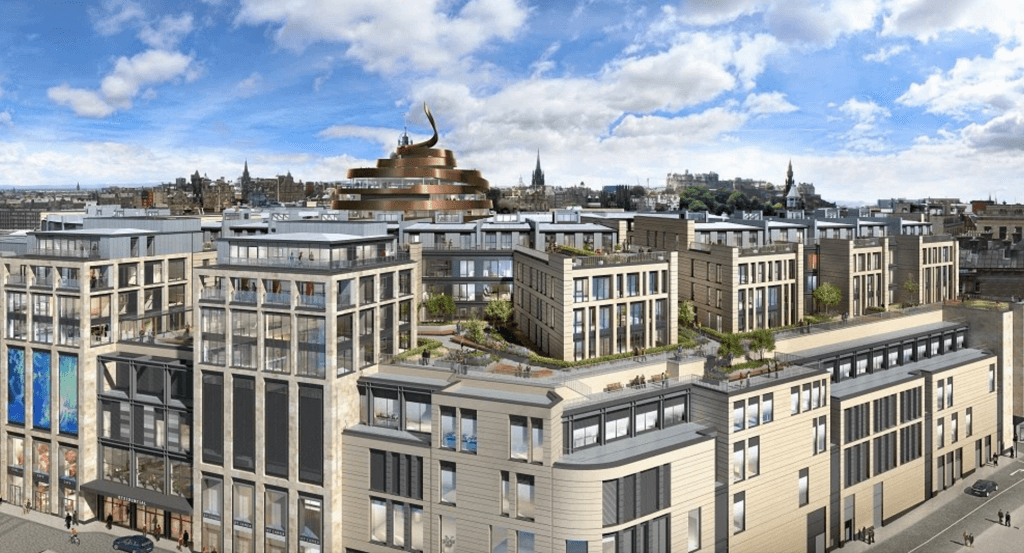 St James: the development will include residential units as retail project adapt to new trends

Young people are among the biggest fans of town centre shopping, apparently preferring bricks to clicks, according to new research which confounds a number of generally held views on retail trends.

When asked to name their preferred shopping environment, 78% of 18-24 year-olds named the town centre – well ahead of the 55% of over-45s who find going into town appealing.

The Midsummer Retail Report from Colliers International found that many shoppers would like to see their favourite online shops open up physical outlets in their local venues.

Young people would most like to see fashion brand ASOS open a store in their neighbourhood, while older shoppers favoured Amazon. Overall, 27% of Scots would welcome a branch of Amazon to their local High Street, 20% would like to see an ASOS store, and 16% ironically wanted Notonthehighstreet to break with its central concept and settle in Scottish towns.

However, only 27% of Scottish respondents said they buy groceries online – the second lowest after Yorkshire and Humberside. And half of all those surveyed said they didn’t want to see any of the online chains listed opening a branch in their area.

John Duffy, a director for Colliers in Scotland, said the survey was further proof that the impact of the Internet on retail was not as one sided as many thought.

“Retailers still want a store network, and shoppers still want to go and feel the goods. I certainly think that more online retailers will be tempted to establish a physical presence, perhaps with a few flagship stores in premium locations as we have seen with fashion retailer Missguided.

“The vast majority of shopping is still being done in person in the UK. The biggest difference the internet has made is that whereas national chains previously wanted 600 or more stores to give them full coverage, now they can make do with 400 and a good online presence.”

However, Mr Duffy said that action was still needed to level the playing field – in terms of rates and taxation – between online and bricks and mortar retailers.

Matthew Thompson, head of retail strategy, said: “The research – of which these findings are just a snapshot – has provided fascinating insights into shopper attitudes and how they are likely to influence the retail sector over time.

“Of course, our attitudes change depending on our ‘age and stage’ but this illustrates that successful retailing is very much a moving target, which we all must track.”

The research showed that Scottish shoppers are the most willing to pay more for ethical items, back independent restaurants and pay a premium for faster deliveries.

Specially commissioned from YouGov the survey revealed that 64% of Scots would happily pay more for items with a proven ethical or environmental benefit – compared to just 54% across the UK as a whole. And when asked what they wanted to see more of in their shopping streets and malls, 53% named independent restaurants, compared to 45% UK-wide.

The image of the canny Scot was further dispelled as 14% were even prepared to pay more for faster delivery when shopping online. Only the North West of England (17%) was more willing to pay cash for speed.

Ross Wilkie, retail director for Colliers in Scotland, said the kind of mix that shoppers were seeking was already starting to manifest itself.

“Edinburgh’s St James’ Centre is one of the biggest redevelopment projects in Britain for years, and of the 1.7 square feet of space being created, only half is destined for retail. It will also include a hotel, restaurants and even residential property,” he said. “Other shopping centres are adapting to what shoppers want.”

Mr Wilkie said the St James’ Centre should provide a considerable boost to retail in Scotland as a whole, because it is attracting chains which previously had no presence north of the border.

He said: “Most retailers who are coming up to have a look at the St James aren’t just after one location. They will be thinking of Aberdeen, Glasgow and other towns and cities as well, so it should provide a real boost to Scotland as a whole.

“There will be a knock on effect to Princes Street in Edinburgh, of course, because the centre of gravity in the city will shift when the St James’ re-opens. To an extent, the West End in particular may have to re-invent itself. This survey gives an idea as to some of the outlets we might see emerging and establishing themselves.”

Colliers’ head of UK retail, Mark Phillipson, said: “These findings confound a lot of the stereotypical attitudes we have about shoppers of different generations. For example, we may think young people are all avidly shopping online but they are actually some of the strongest supporters of the town centre shopping experience.”