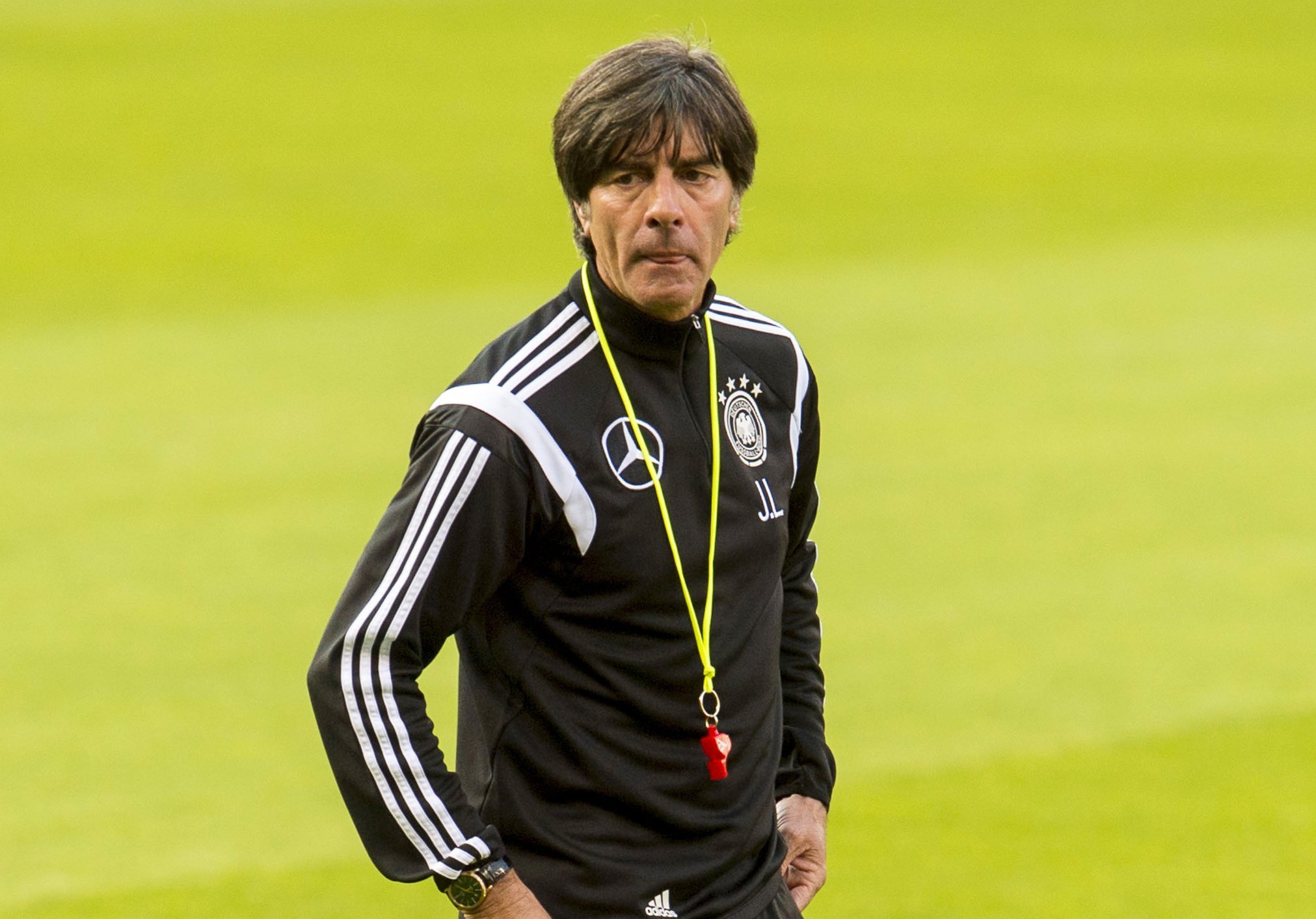 Joachim Low’s Germany team is widely expected to do well in the World Cup in Russia (pic: SNS Group)

The eyes of the world will be on Russia for the next month as the country hosts the World Cup in what will be a test of global trust in the regime.

Russia has invested £8.8 billion to stage the games which are as much a political statement as a sporting event.

Rumours still abound about how Russia came to secure the tournament amid suspicions about the methods used although Fifa’s own internal investigation failed to find a smoking gun, explicitly finding no evidence of collusion and bribery.

As wth the Olympics and other global tournaments, the hosts will hope for an economic spin-off as they showcase their attractions and opportunities to investors and tourists via a massive television and other media audience. The World Cup attracts the biggest global television audience with 3.2 billion viewers tuning in to watch the 2014 event in Brazil.

More than 1.5 million foreign tourists are expected to visit Russia over the next few weeks and Russia’s central bank has forecast a long-term boost in tourism, with the Winter Olympics in Sochi now a year-round tourist hub.

To that extent there is a paramount need to ensure safety and security, and provide facilities which will impress and encourage visitors to enjoy the experience and want to return.

Russia president Vladimir Putin clearly understands the need to present a welcome to the world and has already made gestures towards the US about a summit with President Trump who is tipped to make an appearance following the vote to award the US, Mexico and Canada the 2026 tournament.

The event comes just weeks after Russia was unsettled by a series of new US sanctions, sending shivers through the country’s economic planners.

However, previous hosts have reported a short-term economic boost, with Japan and South Korea earning $9 billion from the tournament in 2002, Germany making $12 billion in 2006, and South Africa $5 billion in 2010.

For Putin, the action on the pitch will only be matched by the success of the event as a promotion of Russia’s credentials and the world’s trust in his regime. In a promotional video at the weekend he delivered a message of international friendship.

“For our country, it is a great joy and honour to welcome the international football family… we’ve opened our country and our hearts,” he said, before switching to broken English: “Welcome to Russia”.

This has already sounded hollow to western sponsors who withdrew in the wake of the FIFA corruption scandal and a series of Russia-induced political and human rights indiscretions, including the Salisbury poisoning. Compensation has arrived in the shape of Chinese companies taking up sponsorship deals for the first time. Even so, Russia’s reputation is in the balance at home as well as overseas.

The hosts enter the competition among the weakest performers and an early exit would be a blow to prestige and its hopes of using the tournament to help unite the country.

Germans the team to beat

It may be 56 years since a team last won back-to-back World Cups but that won’t stop the Germans fancying their chances of ruling once again.

The defending champions cruised through their qualifying campaign with a 100% record – and a phenomenal goal difference of +39 – and are among the favourites to go all the way again.

Mario Gotze, who didn’t make Joachim Low’s 23-man squad, scored the winner against Argentina in the final four years ago, and it will take a brave person to bet against the Germans prevailing in the Luzhniki Stadium on 15 July this time around.

Midfielder Toni Kroos said: “This is not that easy a task. Only two teams have done it in the last 20 World Cups. That tells the real story.

“The most difficult task is to defend the World Cup successfully. We need to improve and play at our best like we did in 2014 to achieve it.

“We are one of the favourites, undoubtedly, but not the overwhelming favourites.”

Germany kick-off their defence against Mexico on Sunday, with Sweden and South Korea completing their group.

Brazil – the only nation to have appeared at every World Cup – are always among the fancied teams at any finals and will have been happy to see Switzerland, Serbia and Costa Rica in their group as they embark on their bid to capture a record sixth world crown.

In addition to the hosts, other seeded teams are Argentina, Portugal, Belgium, Poland and France. It will be a major surprise if the winner doesn’t come from this group. 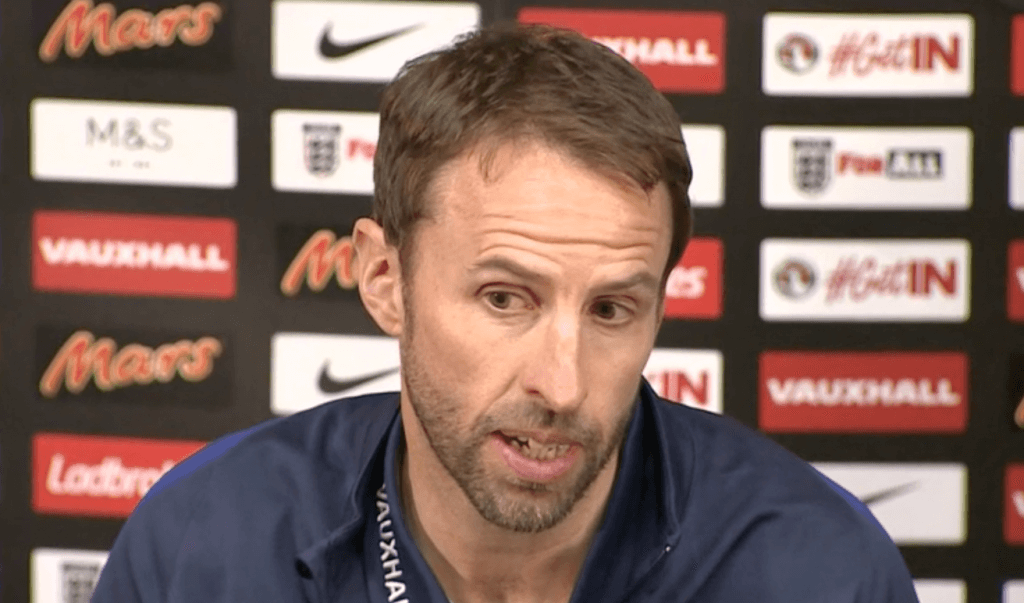 Few expect Gareth Southgate’s England to go all the way

England, of course, may have something to say about that but it’s hard to see Gareth Southgate’s squad having what it takes to advance much further than the last eight. They kick-off their first match against Tunisia on Monday, with Panama and Belgium also lying in wait.

Former world and European champions Spain are undergoing a period of transition but would still have been hoping to make an impression.

However, their camp was thrown into turmoil just 48 hours before their first game of the tournament with the sacking of manager Julen Lopetegui.

The Spanish FA wielded the axe after revealing it had been unaware of the 51-year-old’s negotiations with Real Madrid to become boss at the Bernabeau after the finals.

Fernando Hierro has been placed in temporary charge and it remains to be seen how the players will be effected by the sudden removal of Lopetegui, who was unbeaten in charge of Spain since replacing Vicente del Bosque in 2016.

The curtain goes up on this year’s tournament with Russia and Saudi Arabia going head to head in the first game.

While the eyes of the footballing world will be on Russia for the next 32 days, the hosts of the 2026 tournament have been confirmed.

A joint bid by USA, Canada and Mexico beat off competition from Morocco and the three countries will all co-host the event in eight years’ time when 48 teams will play 80 games over a period of 34 days.

The quarter-finals will start from 6 July,  the semi-finals take place on 10 and 11 July and the final on 15 July at Luzhniki Stadium.