US gets taste for Pitlochry beans 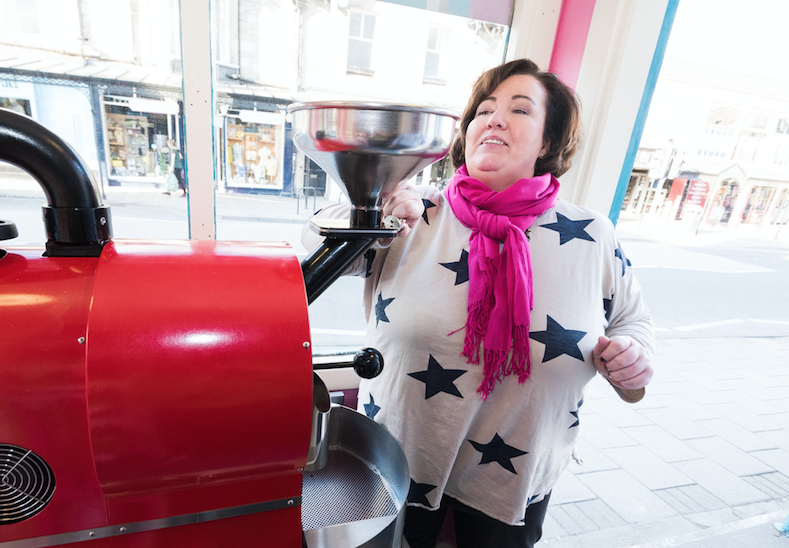 Clare Pinchbeck: expects her fresh Highland coffee to sell well in the US

A Scottish tearoom owner who has established a worldwide demand for her loose leaf tea believes she can repeat her remarkable growth in the coffee trade.

Pitlochry businesswoman Clare Pinchbeck has grown her ‘quirky wee tearoom’ into an exporter of teas to a number of countries.

After penetrating 32 of America’s 50 states with more than 30 flavours of teas through online sales, Hettie’s Tearoom is to start selling coffee under the name Hettie’s of Scotland.

Launched in 2010 as a one-woman operation, Hettie’s now employs 14 full-time equivalent staff  and has secured the services of a master tea blender and three bakers.

Ms Pinchbeck has acquired one of only a few micro roasters of its kind in the country and Hettie’s will now be packaging its own coffee beans, which will hit overseas customers’ doorsteps within days of being hand-roasted in Perthshire.

Before deciding on the move, she sounded out business network groups in America who conducted customer surveys showing overwhelming approval.

“Americans love to know the history and the story behind where things comes from and they like the idea of getting a coffee fresh from the Highlands of Scotland within days of it being roasted,” said Ms Pinchbeck, a former hotel management professional.

More than 80,000 customers a year pass through her Atholl Road tearoom.