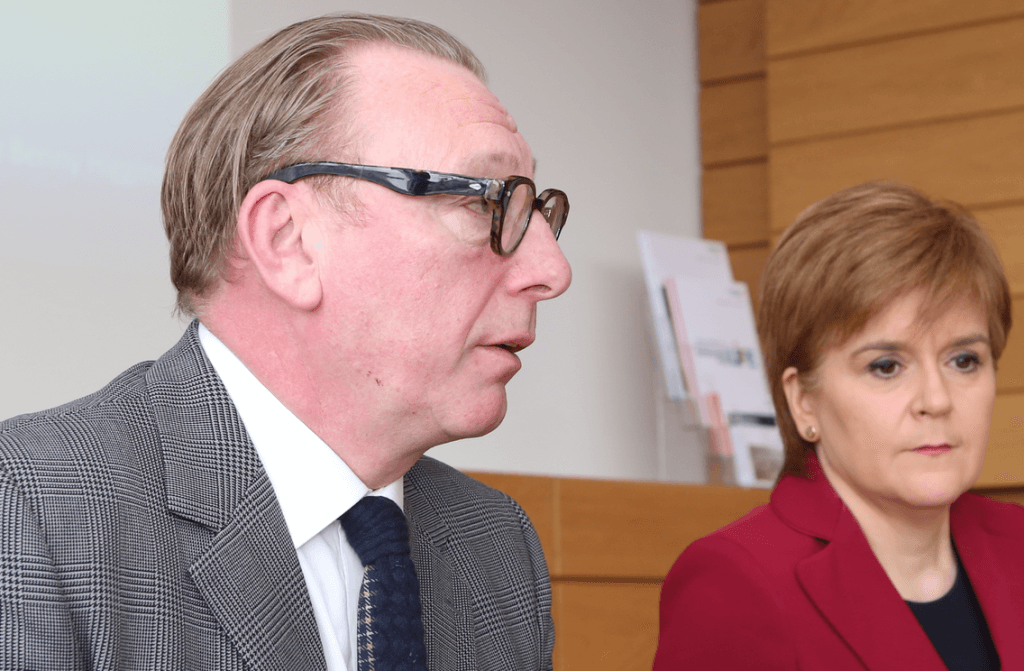 Benny Higgins with Nicola Sturgeon at the launch of his bank recommendations (pic: Terry Murden)

Former banker Benny Higgins has been appointed strategic adviser for the establishment of the Scottish National Investment Bank.

Mr Higgins, who stepped down as CEO of Tesco Bank in February, developed an implementation plan for the bank and the Scottish Government has accepted all 21 of his report’s recommendations. His new role will build on this work.

First Minister Nicola Sturgeon said: “An early priority will be to bring together stakeholders from across the public and private sectors to inform the final proposals that will be included in legislation to establish Scotland’s National Investment Bank.

“The bank is a hugely exciting development for Scotland and I look forward to working with Benny Higgins to establish it as the cornerstone financial institution in Scotland’s economic architecture, promoting and providing finance to help achieve our economic ambitions.”

Mr Higgins said: “The creation of The Scottish National Investment Bank will be an essential element to underpin the future economic well-being of our country. Hard yards lie ahead, but I relish the challenge that the First Minister has set us. We will build an institution that is fit for purpose and, in particular, one that has the right values.”

The bank will be supported by long-term capitalisation of at least £2 billion over the first ten years.

Mr Higgins’ appointment will start in late July and will end in early 2020.