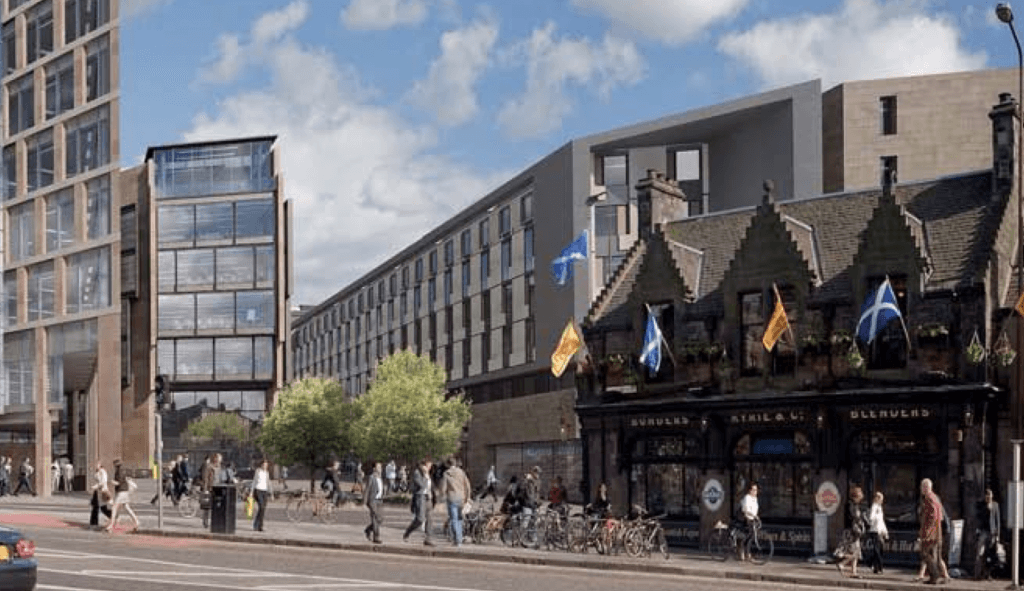 One of the biggest development sites in Scotland – the Haymarket in Edinburgh – has been sold to a UK institutional fund which should trigger the start of long-awaited building work.

The buyer has not been disclosed although Daily Business reported last month that at least three bidders, including M&G Real Estate and a Middle East group, had submitted offers thought to have been in excess of £50m.

Edinburgh Haymarket Developments Ltd (EHDL), a joint venture between Tiger Developments and Interserve, has sold the scheme following the expiry of pre-emption rights which Tiger decided not to take up. It is thought it was unable to match the price required.

The former railway goods yard has been undeveloped for 50 years and was latterly used as a car park.

Work to strengthen tunnels has been completed and plans have been presented for 370,000 sq ft of offices, as well as retail and two hotels.

“Tiger Developments  and Interserve will now step away from the project following the conclusion of the sale.

“The successful and highly competitive sales process is testament to EHDL’s vision to develop a challenging site and the completion of the significant and technically advanced groundworks.

“We are pleased that the development has achieved such a successful sale and we are confident that the outcome is in the best interests of this landmark development for the Scottish capital.

“While we are unable to release details of the successful purchaser at this stage, we wish the new owner every success in its new endeavour.”

tHe Haymarket is the largest and most significant regeneration project to become available in Edinburgh in over a decade. The three-acre site has planning permission for three contemporary office buildings (370,000 sq.  ft. /34.5,000 sq.m), retail space, a 190 bedroom hotel and a 170 unit apart-hotel.