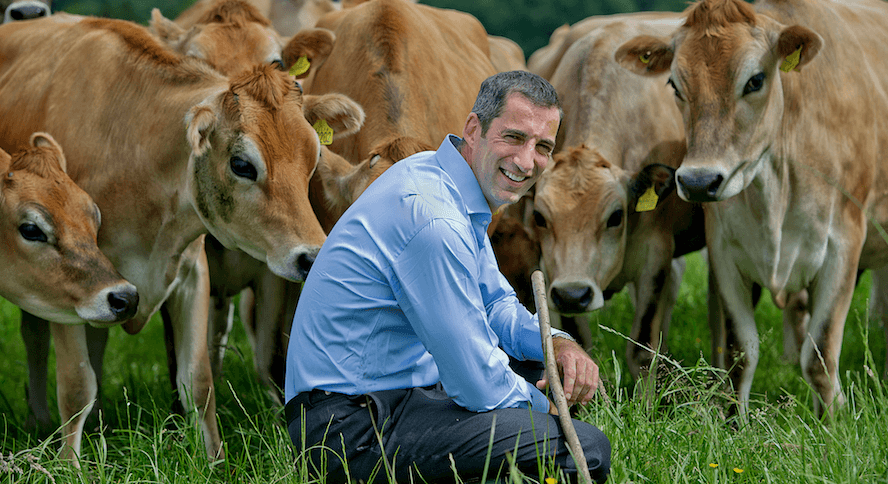 Robert Graham: ‘disappointed, but we will press on’

Dairy farmer Robert Graham has expressed his dismay at the Scottish government’s decision to reject his plans for a £40 million investment which would have created 500 jobs.

After a two-year appeal process the Local Government and Housing minister has turned down the application for 600 homes on land at Airthrey Kerse in Stirling as it contravenes the green belt restrictions.

Graham’s Dairy says this contradicts the new development plan for the area which identifies a housing shortfall. The company’s plans were supported by Stirling Council’s planning officials but rejected by councillors.

The company further points out that government’s appointed Reporter said the project would deliver a sustainable development and improve local infrastructure.

Graham’s said that approval would have resulted in 150 affordable homes and 500 new full-time, on-site jobs at the dairy for the local economy.

It says it would have generated a £65.3m gross value added per year into the Scottish economy and created a total of 1,425 jobs across the country through the single largest investment in the Scottish dairy industry in a generation.

An angry Mr Graham, managing director at Graham’s The Family Dairy, said: “We are extremely disappointed by the Minister’s decision which appears to place more importance on continuing to protect a failed Local Development Plan process than supporting the delivering of much needed affordable homes, infrastructure and creating full-time jobs within the city and Scottish dairy sector.

“For a Government that talks of its commitment to growing the Scottish economy, prioritising the rural and food and drink sectors as well as tackling the housing shortfall in Scotland, this decision by the Planning Minister sends a clearly contradictory message.

“As a family business which has grown from 45 to almost 700 employees over two decades, we are disappointed that our £40m step-change investment that would have benefited the Scottish economy, as well as the whole Scottish dairy farming industry, will now not go ahead.

“However, we will continue to endeavour to innovate and deliver great Scottish dairy products  for the benefit of our customers, employees and farming partners despite the Government’s decision.”

The third-generation family dairy business – in partnership with Mactaggart & Mickel Homes – first submitted the planning application for the development which encompasses 600 houses including 150 affordable units, a new primary school and public park in 2014.

Had it been given the go-ahead it would have delivered significant socio-economic benefits for the local area of Stirling, the Scottish food and drink industry, and Scotland as a whole, said the company.

Mactaggart & Mickel group director Andrew Mickel said: “This is a huge disappointment and a surprising decision by the Scottish Government which has publicly stated that economic prosperity is at the heart of its vision for Scotland.

“It’s also terrible news for the thousands of people who are currently on a waiting list for a house in Stirlingshire, and a bitter blow for families looking forward to a new primary school, neighbourhood centre and public park.

“The government says all the right things about tackling the housing crisis, but this decision suggests they are unwilling to actually take the steps required to bring about real improvements.”