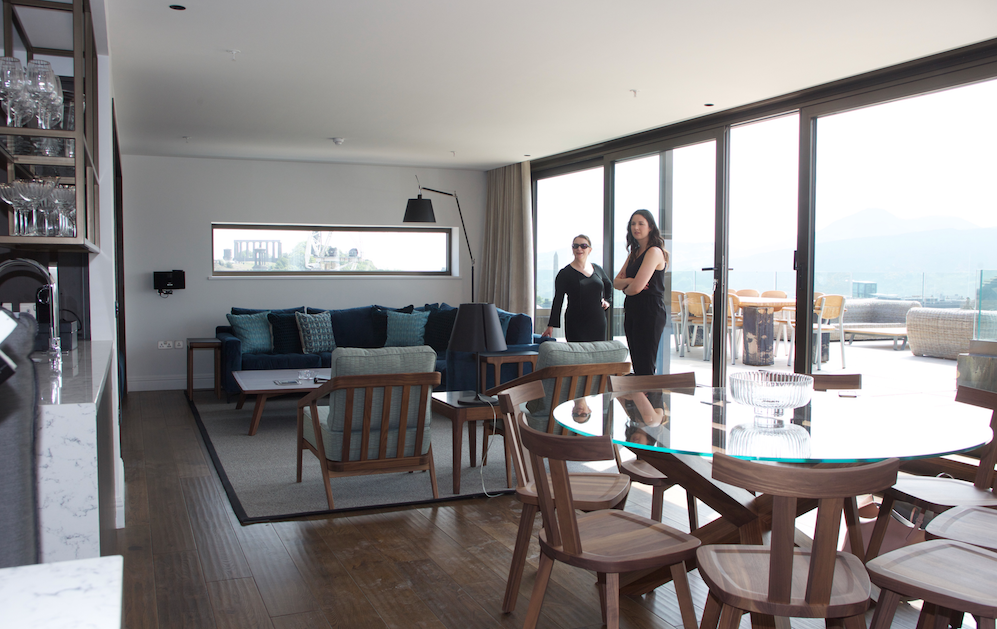 Penthouse premium: the suite has sweeping views of the city (pic by Terry Murden)

Edinburgh’s most expensive hotel suite – a £3,000 a night rooftop penthouse – is already booked for 32 nights during the Festival in August, it was revealed today.

Eight bookings for a minimum of four nights were confirmed ahead of the five-star Edinburgh Grand’s official opening.

The hotel in St Andrew Square welcomed its first guests today following a two and a half year conversion of the former headquarters of the Royal Bank of Scotland.

It forms part of a £85m development of the Registers and provides 50 serviced apartments to well-heeled visitors. 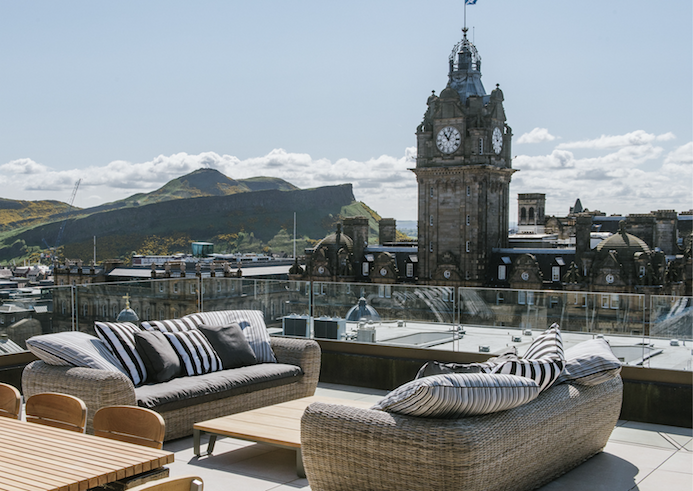 Grand view: Most of the city can be seen from the patio

The penthouse occupies the seventh floor, which was added to the original building, and the rooftop patio lounge offers panoramic views of the city taking in Leith, Calton Hill, Arthur’s Seat, the Royal Mile and and the Castle.

Chris Stewart Group has led the redevelopment of the building which was closed by RBS in 2007 and was left unused after being acquired by former Hearts owner Vladimir Romanov who planned to bring his own banking operation to the UK. 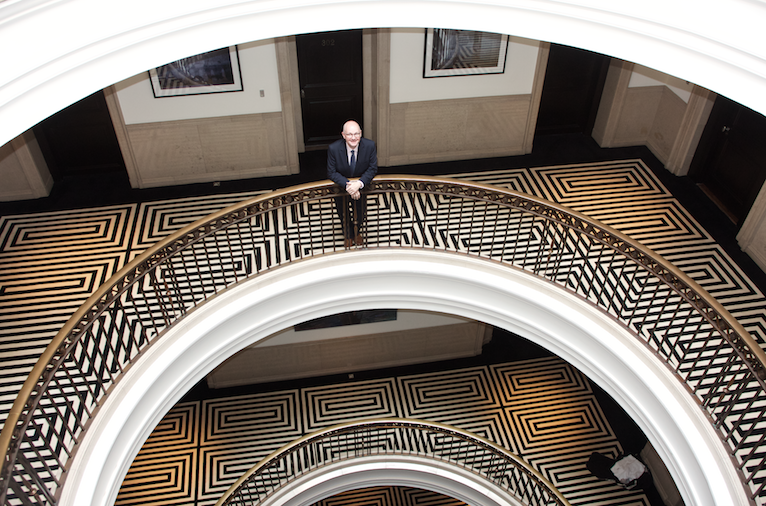 The bank’s interior, including an Art Deco banking hall, was modelled on a US bank and built in 1942 to a design by architects Leslie Grahame Thomson and Arthur Davis. 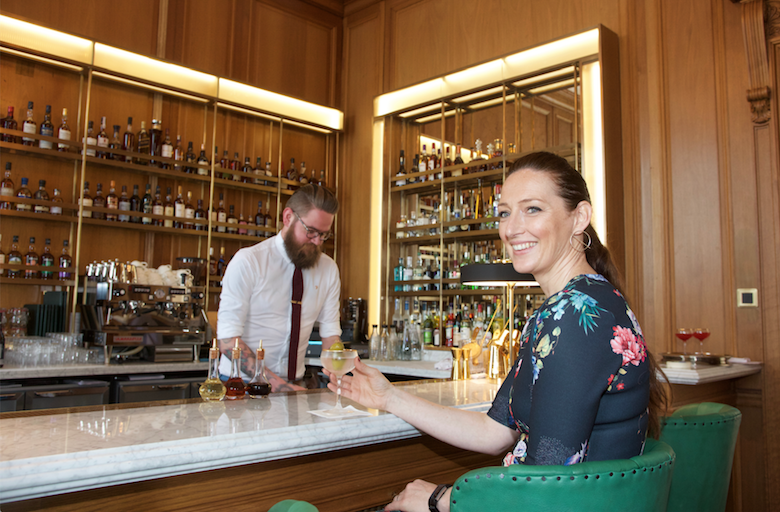 Next month will see the opening of the Hawksmoor restaurant and cocktail bar in the former Art Deco banking hall which has been restored but is still under wraps.

The Bon Vivant will also open a continental cafe and cocktail bar in the banking vaults.