Fire-ravaged college may have to be demolished 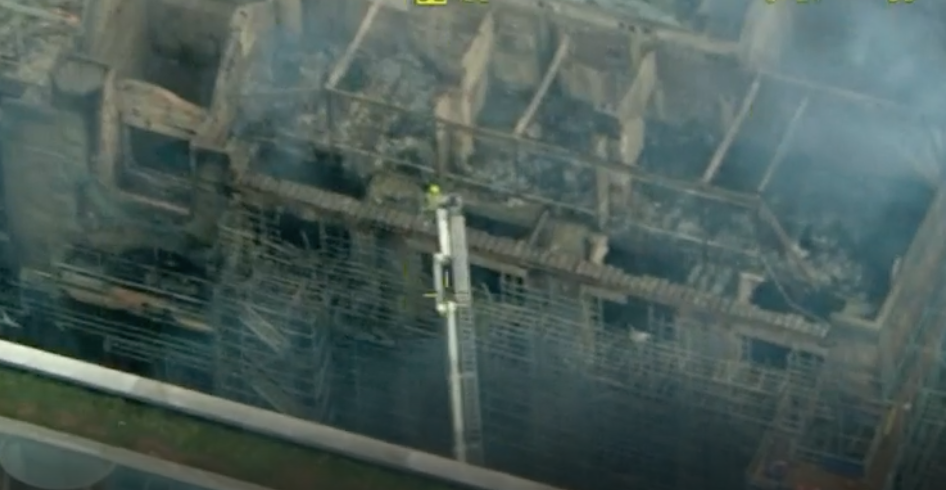 Glasgow is facing the growing prospect of its world-renowned School of Art being demolished following the devastating fire on Friday night.

Alan Dunlop, the school’s professor of architecture, said: “I can’t see any restoration possible for the building itself. It looks totally destroyed.”

Early inspections indicate that most of the interior of the grade A-listed art school, designed by Charles Rennie Mackintosh, has been lost, leaving only a smoking shell. The walls may be regarded as structurally unsafe.

A detailed digital map of the world-renowned building was made after the 2014 blaze which could allow for it to be rebuilt but only at an estimated cost of £100 million.

Iain Bushell, a deputy chief officer with the Scottish fire and rescue service, said: “The roof is gone completely. We cannot get in yet to assess the damage. I can only see from the street but it looks as if the building has been extensively damaged.”

A forensic investigation will determine the cause of the blaze which began at 11.20pm on Friday. About 120 firefighters battled the flames through the night, but were unable to stop the fire spreading quickly through the building which was undergoing repairs caused by the fire four years ago.

The British Automatic Fire Sprinkler Association said it was understood that automatic fire sprinklers had not been fully fitted as part of the current reparations.

There were no casualties in this weekend’s fire but the college’s loss will be felt by the educational, cultural, business and tourism sectors.

The Federation of Small Businesses called for Glasgow City Council to offer rates relief measures to firms affected, a call it had made following the blaze in March at the nearby Victoria’s nightclub which has led to road closures.

Contingency plans will need to be instigated for September’s intake of students at the School of Art. The Mackintosh building is one several used by the School across the city, with the Reid building, opposite the 1909 building, completed in 2014. 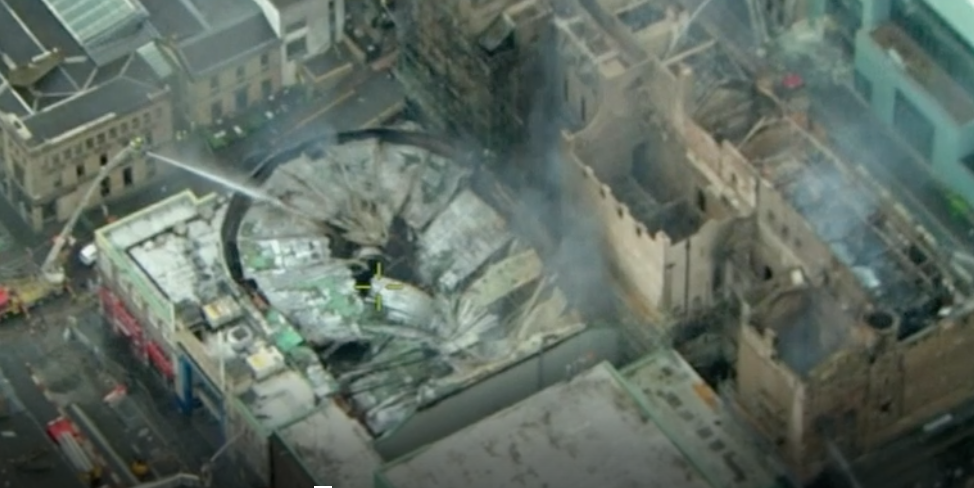 The walls of the School (right) may be unsound, while damage spread to the 02 ABC nightclub (pic: Police Scotland)

All 1,900 students may be accommodated in these other facilities, along with teaching and other staff, but the loss of the heritage building could adversely impact on the School’s appeal to international students and the city as a tourist destination.

Charles Rennie Mackintosh is one of six core themes that form Glasgow’s Tourism and Visitor Plan, launched in November 2016, to attract one million more visitors to the city by 2023.

Achieving three million overnight visits per year over the next five years was expected to raise that figure to £771m, contributing an additional 6,600 jobs in the city. 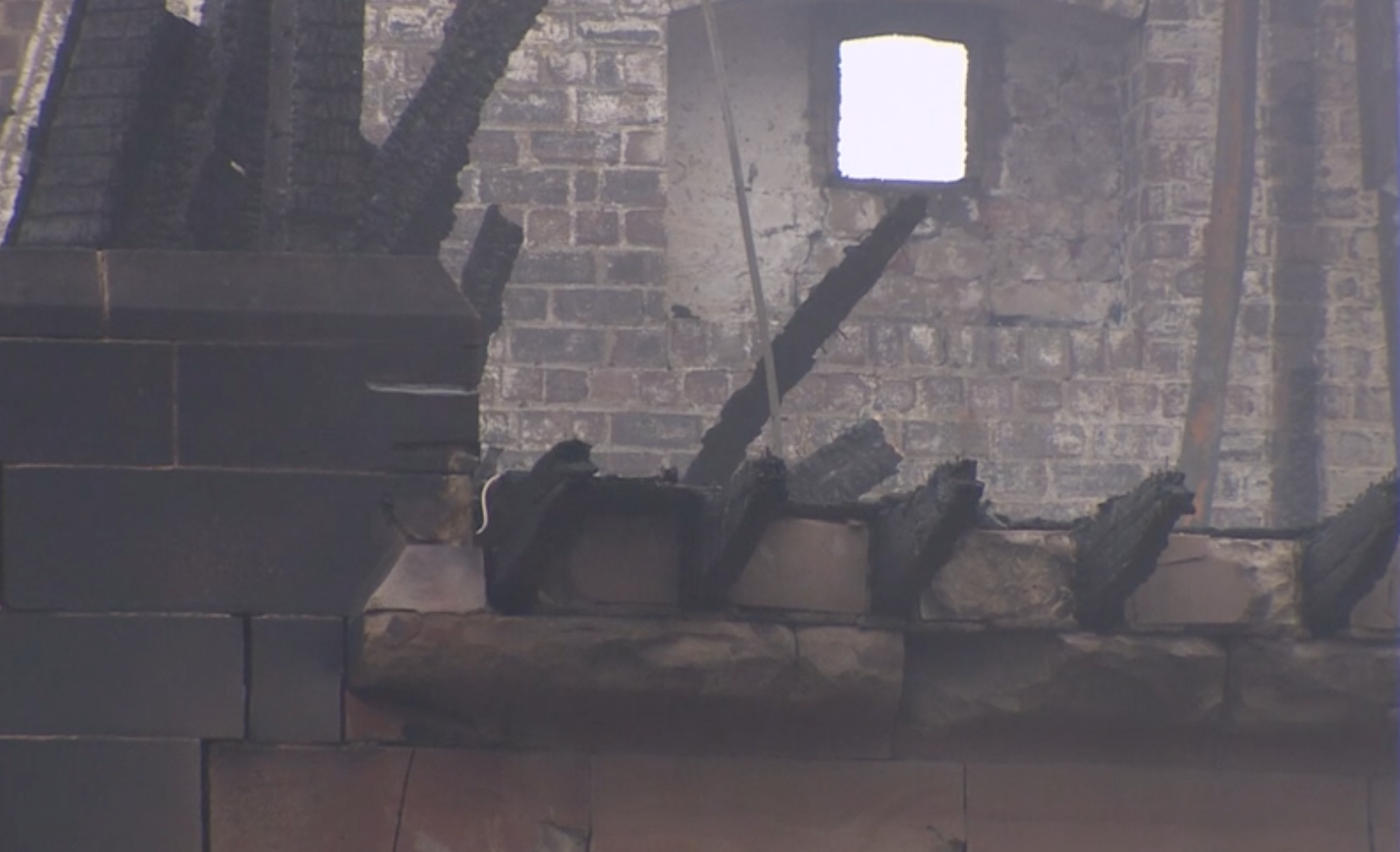 A 45-minute tour of the Mackintosh building is integral to the tourism package and its loss is bound to leave a big hole in the budget and immediate campaigns.

The plan also promotes Glasgow as a place to study and work, with the School of Art regarded as a big draw for the 40% of students who enrol at the college from outside Scotland.

Glasgow School of Art has been a huge success in producing most of Scotland’s leading contemporary artists and, since 2005, around a third of Turner Prize nominees and four recent Turner Prize winners.

About £7 million a year is spent each year by consumers on arts and non-music cultural events in the city. Glasgow was promoted by National Geographic Traveler as a ‘best trip for 2016′.

Glasgow School of Art ravaged by fire for second time