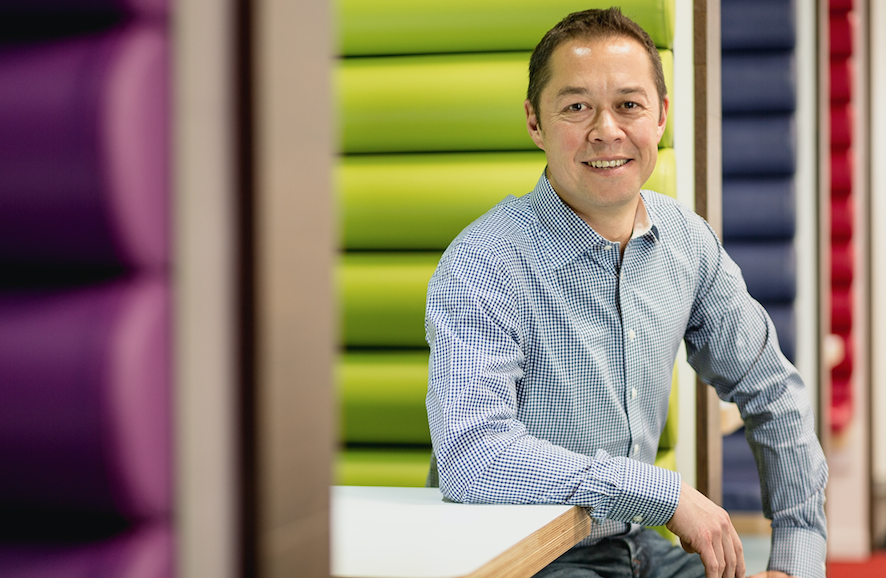 Ed Molyneux of FreeAgent, one of Dentons’ high profile clients

Dentons revealed today that since the merger with Maclay Murray and Spens last November the group’s lawyers in Scotland and England have worked on more than 1,000 client affairs.

Among the deals was the defence of RBS in defence of a legal action in the US. It also advised Edinburgh-based accounting software company FreeAgent on its £53m sale to Royal Bank of Scotland.

The firm has worked on the Carillion liquidation and earned £100,000 in fees for nine months of legal advice to the Cabinet Office. It now represents the Official Receiver as liquidator to the construction giant with PwC as special managers.

Its lawyers appeared in court acting for FTSE 100 companies more than any other firm for the second year in a row.

Details of its services emerged as the world’s biggest law firm announced record annual figures including a 22% rise in revenue to £203.1 million.

A separate report has revealed that law firms are expected to earn a total of £20m for their work on Carilion’s insolvency.

Commenting on Dentons’ figures, Jeremy Cohen, CEO for the UK & Middle East, said: “This is our strongest ever set of financial results, following a year of exceptional performance across all areas of the business.

“It is particularly pleasing to have achieved this level of revenue and profit growth during a period of intensive integration activity arising from the merger with Maclay Murray and Spens. Since joining forces half way through the financial year our lawyers in England and Scotland have already worked together on more than 1,000 client matters.

“Overall, the bigger picture for us is that the investments we have made in the UK & Middle East over the past few years are now really starting to pay off. Even without the merger our revenues would have grown 9% last year, but it’s the five-year trend that tells the real story.

“Since 2013/14 our revenues have increased by 39%, with PEP rising 60%, as we have successfully pursued a strategy of creating stronger ties with key clients, developing a strong value proposition, and investing to grow market share.

“During this period we have put particular effort into capitalising on the opportunities presented by the Firm’s global platform, which over the last year has expanded to 70 countries following combinations in the Americas, Africa and Asia-Pacific.

“This is now flowing through into the deals pipeline. On the corporate side, acting for KKR on its binding €6.825 billion offer for the spreads business of Unilever was one of last year’s highlights, as was our advice to DP Eurasia on its successful LSE IPO – the first Turkish business to access the premium segment of the UK market. We would also highlight our representation of Aprirose on its £525m acquisition of QHotels – one of the UK’s largest hotel transactions of 2017.

“We also benefitted from some very substantial matters reaching a high point in the disputes cycle, such as representing RBS in its defence of the Wall claim, and our work on a multi-million dollar arbitration concerning the fit-out contract for Terminal 3 at Dubai Airport. T

“It’s been a good year for the market generally, but the continuing economic uncertainty and volatility in the UK & Middle East is something that we’re mindful of as we look ahead to the next financial year.

“That said, we will continue to double-down on our strategy of investing in both the quality of our practices and the efficiency of our delivery model, providing the breadth of coverage, quality and smarter resourcing that our clients increasingly demand.”